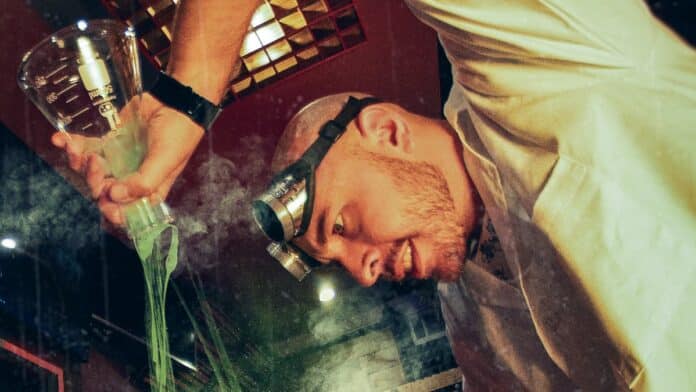 Locknar is currently a new drum & bass artist breaking out into the scene, with the US based producer having a background in the genre however its this year he’s decided to grow his catalogue of releases.

Nevertheless, his previous history in sync and writing music for video games, including the top selling ‘Madness: Project Nexus’ already proves his talent for production.

However his new direction, one strictly for the heads, shows his love for the old school rave sounds, with modern iterations of dubstep and electro forming the basis of his next single.

And for Locknar, ‘Bad Science’ is the next chapter, a track filled with gritty sub-bass growls and an explosive presence.

We caught up with Locknar post release of ‘Bad Science’, who pulled together a Spotify playlist of the tracks which have helped inspire the raucous sounds behind his latest single. You can listen to his next release below, as well his tear out Spotify playlist selections.

Theme – Tear Out Old and New

Description – These songs have been in my rotation over the last year. Some of which have been in the rotation for much longer. If you want to know what music is inspiring me today, this is a good start.

1. Breath (feat. RZA) – Rene LaVice Dark D&B Remix: When this popped into my feed I was floored. A great twist on a classic with one hell of a “stanky” bassline. With a relaxed feel, and yet such a tight production this one will be in my catalog for a long time.

2. Ultralight – Kanine: I constantly hear people drop this into their sets, and for good reason, this one is an absolute banger. The brash horn that drives the groove that just makes you want to thrash your head.

3. Mindhunter – Mob Tactics: Huge opening with a wall of sound. You can’t help but think of a festival set of stacks getting you ready for the party ahead.

4. Runaway Train – State of Mind, Smooth: I heard this in the background listening to sets from “Let It Roll”, and I had to stop and find out who it was. That hollow chug that pitches up is a really fun bit of sound design that complements the other elements so nicely.

5. Ghost Train – Muzz Remix: With the original being such a wonderful oddity in electro, it was fantastic to hear it transformed into Drum and Bass so effectively. This train is at full speed, and I like it that way.

6. Dead Limit – Noisia, The Upbeats: Shocking nobody, I have been a fan of Noisia for a long time. This collab is a classic that will continue to slap for an eternity.

7. Harbour – Rawtekk: I was late to the party on this one and found it “crate” digging around in the spring, and I am sure glad that I did. With a weighty plucky bassline that gets a switch up to an outro. A set closer to be sure.

8. Miracle – REAPER Remix: That haunting whistle blast and a wobbly back and forth shouldn’t quite go together and yet they bring the heat. The back half of the track switches to halftime for a great send-off.

9. Blocklist – Junk Mail, A.M.C.: HUGE… A massive kick and snare that punches through a monolith of bass. Look forward to more collabs between these two.

10. Overture – Camo & Krooked, Mefjus: This song has got a lot of everything. HUGE pad chord with a ghostly vocal cut that gives it this wonderful ethereal quality. Underpinned by some fantastic whomps and sweeps in between, this one carries you in waves.