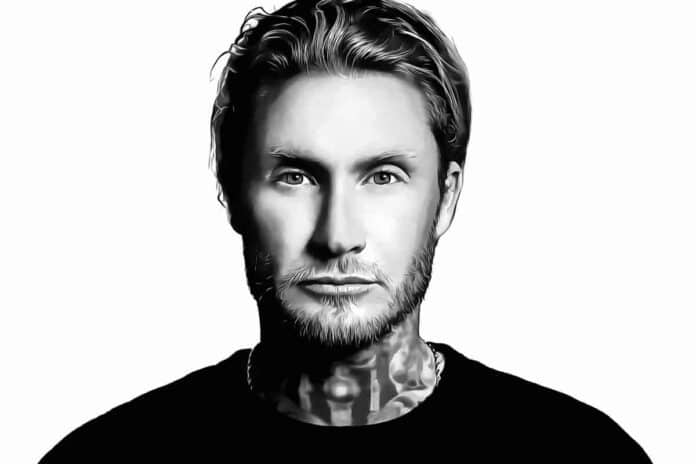 Just days after announcing the upcoming launch of their very own Future Rave label and their upcoming EP, out on November 4th, David Guetta & MORTEN reveal the track that will christen the new imprint: ‘Element’.

A short, sharp, shock of a track, ‘Element’ unites everything that Future Rave stands for. Rippling cascades of stabs hammer away in a brutal rapid-fire pattern before a pounding kick and throbbing bass smash into play.

A subtle tribal rhythmic inflection helps the track gallop as vocal synth samples trade places with the stabs to create a tonal dialogue that propels the track. The huge breakdown teases with sonorous horn-style blasts with a stuttering snare roll leading us back to the gargantuan groove. It’s sleek, succinct, and hugely powerful in its simplicity.

The combination of techno, hardcore rave undertones and big room attitude is at the core of the fusion that makes Future Rave such an exciting sound. Launched as a collaborative project for Guetta & MORTEN in which they flex different creative muscle to their usual sounds, it spawned a fully-fledged genre in its own right with many contributors inspired to be part of it.

It’s this network effect that pushed them to create a label for the sound, to unify the scene and provide a platform for the producers that will carry the baton forward and keep this fluid new genre evolving.

With a proven ability for releasing the hits of tomorrow, today, David Guetta and MORTEN have carried the Future Rave torch since the genre’s earliest release, “Never Be Alone” (ft. Aloe Blacc).

Since then, the proven tastemakers have bore the weight of the movement releasing hit after hit, certifying Future Rave as a sound of the times with genre-bending originals like “Impossible,” “Dreams”, “Permanence,” and “Alive Again,” as well as their visionary remix of Avicii’s posthumous single, “Heaven”.

Demo submissions will soon open for the label, allowing producers to get their tracks in front of the Future Rave team to be considered for release.