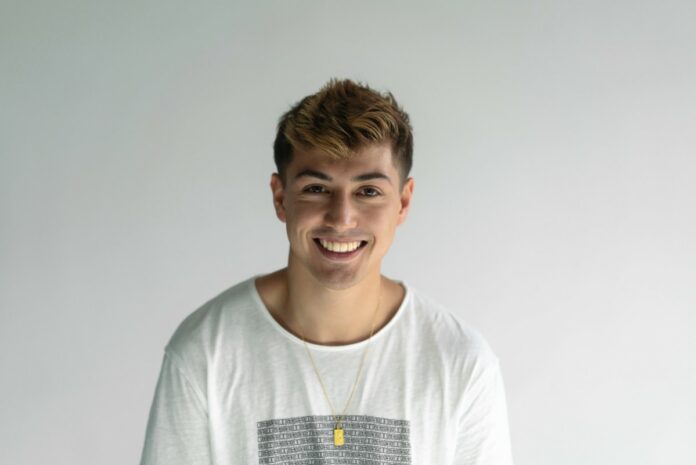 Electronic music extraordinaire Codeko joins forces with esteemed singer-songwriter Nevve on “Remedy,” a rock-infused collab coming into the frame by way of Lost In Dreams Records.

London-based artist Codeko has a deep understanding of the mechanics behind making dance music feel as big as the universe. Some might blame it on the fact that he’s a classically trained musician, while others would point to his inquisitive nature as a Masters of Physics grad.

His unique set of skills has allowed him to pick apart a myriad of genres, including progressive house, future bass, melodic dubstep, trance and every shade sitting between them. For his debut appearance on Lost In Dreams, he’s teaming up with vocal powerhouse Nevve, who has also been a breath of fresh air across the entire dance music landscape.

A pairing beyond comparison, “Remedy” finds the two incredible talents teaming up to create a potent dose of rocktronic medicine. Nevve sings from the perspective of a wounded soul trying to break free from a never-ending cycle of torment.

Her vocal delivery makes the pain feel like a tough pill to swallow, but her plea for help slowly but surely becomes quelled by Codeko’s comforting production. Melancholic piano keys, delicate drums, prominent power chords, swirling guitar licks, and soaring melodic bass synths each play their part in turning the affliction into a thing of the past.

In regards to the new single, Codeko shares: “Nevve and I had been planning on writing a track together for a while. ‘Remedy’ has been one of my favorite tracks to play out over the last few months and I’m very glad it’s my inaugural release on Lost In Dreams.”

Fresh off an unforgettable performance at the second annual Lost In Dreams festival in the heart of Downtown Las Vegas, Codeko’s label debut couldn’t have come at a better time.

His set was one for the books, arriving in the midst of an incredible run of shows providing direct support for both Gryffin’s ‘Alive’ and Audien’s ‘Progressive House Never Dies’ tour dates throughout the year.

He’s been just as busy on the release front, having dropped a string of singles and his own three-track ‘Trust Fall’ EP, following last year’s massive “Superhuman” collaboration alongside dance titans Tritonal, which is currently nearing 3 million streams.

Despite being an elusive name in the electronic music space, Nevve is seemingly everywhere all at once. The L.A-based songwriting and vocal project has been recruited by a slew of tastemakers, having worked with artists from the likes of Flux Pavilion, Seven Lions, Boombox Cartel, Subtronics, Big Gigantic, Blanke, and many more.

Nevve has already made her presence felt twice on the Lost In Dreams catalog since its launch, hopping on its maiden release “Whole Life” with Kaivon, and then returning to the fold on “Glow In The Dark” alongside Friendzone last year.

Codeko and Nevve’s new single “Remedy” is available on all platforms via Lost In Dreams.