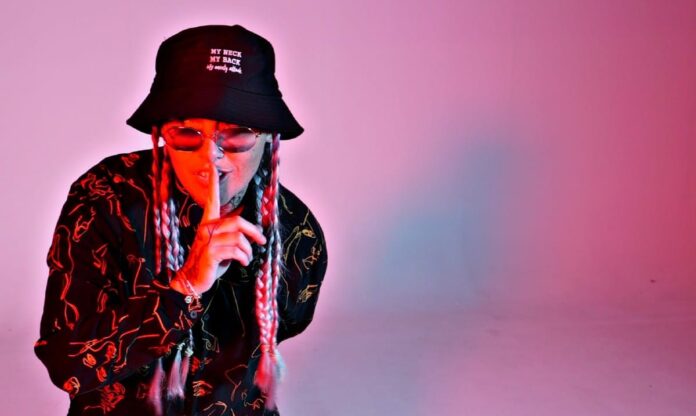 With debut performances at ADE this weekend alongside Bakermat and on the same roster as names such as DJ S.K.T and Kideko, ESSEL makes her debut on Virgin’s new label Parachute with single ‘Don’t Walk Away’.

Influenced by house music that drew her to raves as a teenager and a musical childhood home, ESSEL creates high power house tunes that have already seen releases on labels such as Sonny Fodera’s Solotoko, 3beat, Love & Other, Good Company, and Toolroom.

Less than 18 months after exploding into the industry, ESSEL had already landed bookings at Ministry of Sound, Fire, We Are FSTVL, and Underground Liverpool whilst gathering backing from the likes of Calvin Harris, Richy Ahmed, Detlef, Hannah Wants, Steve Lawler and more.

Since first encountering DJing splicing tracks together for dance competitions, the self-taught producer and DJ has captured the attention of the entire industry with signature grooves, including an exclusive House Work radio mix with Jax Jones and an official BBC Radio 1 Mini Mix for Danny Howard.

The second single on Virgin’s new imprint Parachute following Melle Brown and Annie Mac’s BBC Radio 1 and KISS FM backed Feel About You, ‘Don’t Walk Away’ represents a new chapter for ESSEL. Demonstrating Virgin Music UK’s continued effort to represent and expand releases across the dance and electronic music spectrum, Parachute gets set for a flourishing release schedule that will feature dance and electronic artists with crossover appeal.

Kicking off the launch with a high voltage destined hit, ESSEL levels up with Don’t Walk Away. A refreshing house heater brimming with smiles, ‘Don’t Walk Away’ features emotive vocal echoes, punchy melodies, and upbeat house sounds that will get you floating.

ESSEL – ‘Don’t Walk Away’ is out now via Parachute.