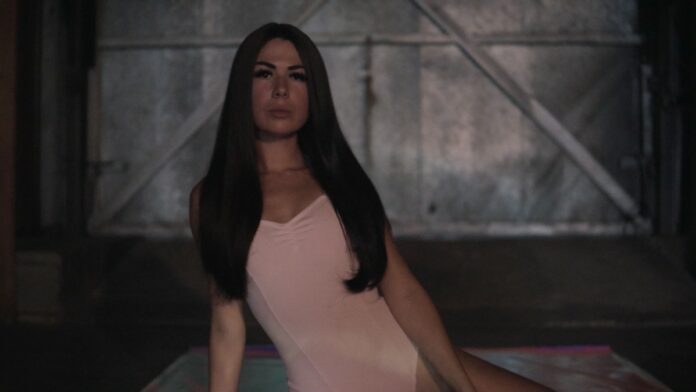 Following a string of highly-praised records in one of her most boundary-pushing years to date, Canadian producer and singer-songwriter WHIPPED CREAM has joined forces with emerging LA-based producer and sound engineer The Duchess for their new single, “Be Here.”

Accompanied by an evocative self-directed music video, the dark motifs tell a twisted love story where both women play an obsessed dual character after the same man. With a strong feminine energy driving the narrative, it’s a cinematic masterpiece that brings their combined production prowess to light, and WHIPPED CREAM’s impressive vocals to the forefront for the second time ever.

WHIPPED CREAM shares, “This song is about being delusional about someone you’re in love with and letting them know even if they leave or you leave. You’re still going to be there. It’s unconditional love in any environment; toxic.”

The Duchess adds, “Working with WHIPPED CREAM is an experience that I’m extremely grateful for. We had so much fun producing this record, and the vibes flowed so naturally. Caroline also has an amazing voice and I hope she continues to use it! Thank you so much to Monstercat for supporting the vision.”

WHIPPED CREAM discovered The Duchess while leading a seminar at LA’s coveted ICON Collective where she had been studying at the time. Quickly realizing her potential, WHIPPED CREAM stepped in as a mentor and a friend to The Duchess, championing her work and going so far as to invite her on stage to perform at Nocturnal Wonderland. “Be Here” is just the beginning of their musical journey together, and a nod to female producers lifting each other up.

2022 has seen WHIPPED CREAM dive deeper into her artistic sensibilities, with unique singles like “CRY” and “Angels” delivered to fans in career-defining performances at Lollapalooza, Coachella, and Firefly.

Earlier this month she debuted a clip from her forthcoming audiovisual experience, “The Dark,” at Vancouver International Film Festival, which will mark the first music video to utilize volumetric capture in Canada. As if this month weren’t exciting enough, WHIPPED CREAM played two shows at ADE in Amsterdam last week, where she debuted her dark hair and new music ahead of today’s anticipated release.