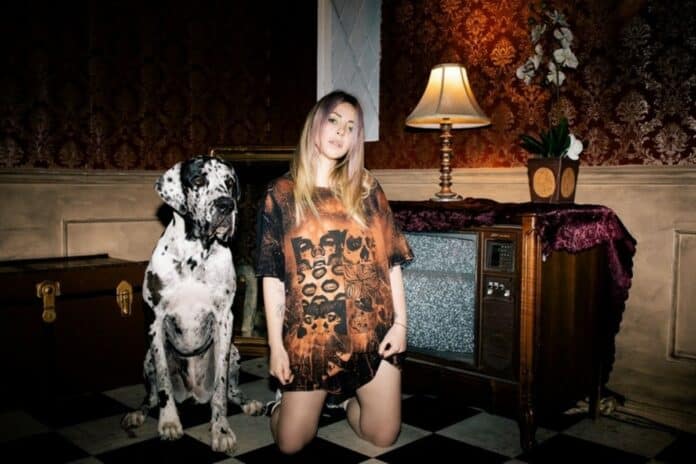 In the leadup to her performances at Halloween festivities, Alison Wonderland releases the anthemic new single “Down The Line.”

Out today via Astralwerks, the song glimmers with hope in the face of loneliness. While the track opens with Alison alone on vocals, accompanied by a warm acoustic guitar, by the time it builds to a close, she’s joined by a multitude of voices, underscoring the comfort found through community. Listen to “Down The Line” HERE. The song was originally exclusive to the vinyl edition of Alison’s new album, Loner.

“We need the dark times in order to get to the light,” explains Alison Wonderland. “We need that experience to know that it’s going to be okay one day. The track is me acknowledging that I was alone during a difficult time but knew that I was going to get through it and be okay, down the line. We’re all going through a dark time right now, and sometimes we need to be reminded that it’s going to be okay. No matter what happens, we will be okay.”

The official video for the track follows the misadventures of a trio of motivational speakers – acolytes of a fictional “Down The Line” movement, helmed by Alison – as they try to inspire a lackluster crowd. View the clip, which was directed by Alison’s frequent collaborator, Prad Sen (The Avalanches), and produced by Fiona Dunn, HERE.

Alison will be performing this weekend at Boo! Seattle (October 28) and Scream In Edmonton (October 29). In November, she’ll play a headline show at Bill Graham Civic Auditorium in San Francisco and perform at several festivals, including EDC Orlando. See below for itinerary Tickets are available HERE.

Earlier this month, she played the fifth sold-out headline show of her career at the iconic Red Rocks Amphitheatre in Colorado. Check out her Red Rocks production recap video on the GRAMMYs TikTok.

V Magazine said, “Loner serves as a testament to [Alison’s] strength. Painfully honest and beautifully crafted, the album takes us through her personal journey to triumph.” Consequence of Sound noted, “Never one to shy away from vulnerability, Wonderland has taken her self-reflective electronic pop to a new level with Loner.” “It’s simultaneously devastating and hopeful – always spellbinding and occasionally staggering,” marvelled the LA Weekly. Forbes observed, “Wonderland is an artist in the best sense of the word. Brave, compelling, and totally outspoken, and equally thoughtful and gracious.”

Alison delves deeper into the themes of Loner in the graphic novel of the same name, which will be published by Z2 Comics in January 2023. The visual story, which draws on horror, sci fi and fantasy, will have a playable RPG module. Pre-order HERE.