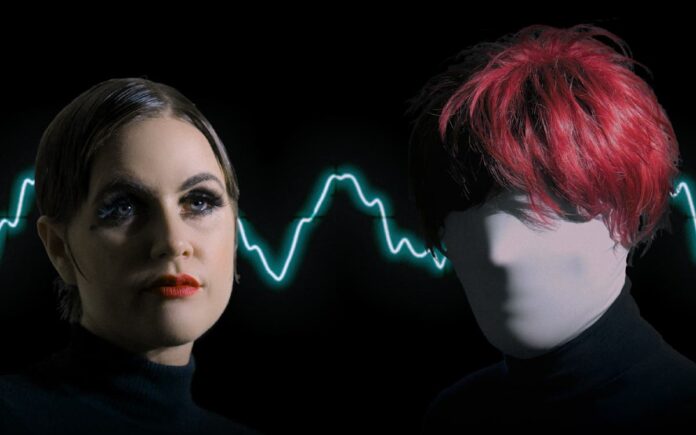 ‘Destiny’ is a duet with long time collaborator Princess Chelsea (their most well-known collaboration being runaway hit “Cigarette Duet”).

‘Destiny’ is Jonathan Bree at his most minimal with analog synthesisers wrapped carefully around hushed vocals.

It is a subtly infectious track with understated emotive performances from Chelsea and Jonathan as two ex lovers. The appropriately minimal one shot music video is self directed alongside award winning New Zealand film director Marc Swadel as DOP. The recording was produced by Jonathan Bree and mastered at Abbey Road studios by Frank Arkwright.

Jonathan’s live shows have also gained him a cult following across the world. Masked band members in pioneering clothing are set against a backdrop of cinematic projections created specifically for each song. Unusual for an indie act, he also has two dancers who perform other-worldly choreographed routines along with the music.

Lil’ Chief Records was formed in Auckland, New Zealand in 2002 and released albums by local bedroom recording artists including The Brunettes and Ruby Suns who went on to licence albums to Sub Pop.

More recently, artists Princess Chelsea and Jonathan Bree have received further international attention from the grass roots growth of releases such as ‘You’re So Cool’ (which was named Time Out New York’s Video of the Year in 2017) and ‘I Love My Boyfriend’. In 2022 Lil’ Chief Records began working globally with Secretly Distribution.