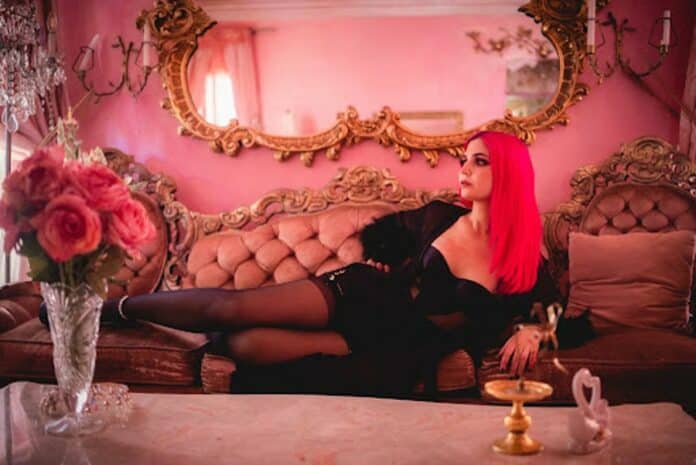 Cultiv8 Records is proud to present the next release from TINYKVT, “Demon Of My Dreams.”

This dark and sinister offering provides a perfect introduction to the tantalizing and atmospheric soundscapes TINYKVT effortlessly creates. The single is accompanied by an official music video inviting viewers into the artist’s dark fantasy.

“Demon Of My Dreams” is about being so consumed with your own “demons” that you fall in love with them. The song’s intention is to help those struggling with their mental health and aims to address the heavy topic in an approachable way.

“This track is a unique and very personal release. It combines a pop sensibility alongside very heavy experimental bass, while exploring a dark subject in a new way.” – TINYKVT

TINYKAT’s vocal performance is both chilling and comforting, while her production remains dark and atmospheric. “Demon Of My Dreams” becomes the perfect lullaby for your nightmares; an infectious combination of opposing forces that is sure to infiltrate your mind until you have no choice but to listen again and again.

The artist’s arsenal contains a blend of 90’s industrial music nostalgia, coupled with her soothing, powerful vocals. Each TINYKVT release ups the ante, as she channels her longtime alternative, grunge and goth influences and marries them with her electronic productions.

“Demon Of My Dreams” is sure to become a cult classic, and we can’t wait to see what TINYKVT does next.