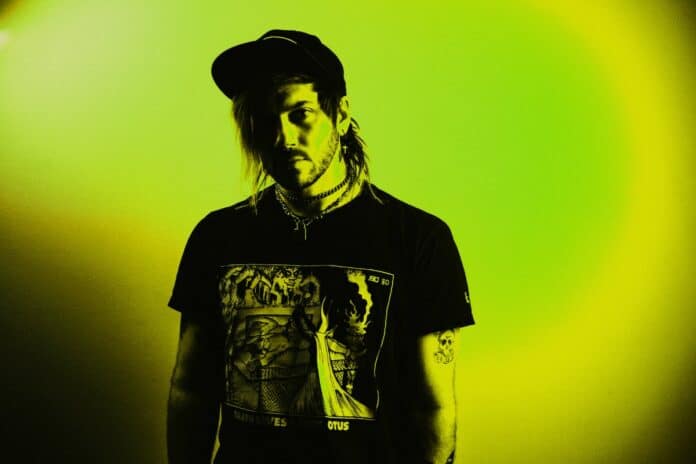 Seattle native MUST DIE! is overcoming genre boundaries like never before with his newest album ‘FERAL FANTASY’.

Bringing the wildest offering of music from him so far, ‘FERAL FANTASY’ includes everything from state of the art sound design, to classic rave stabs and breaks, and everything in-between.

After sharing “GRAVEBLOOM,” the first single from the project that tips its hat to the classic UK rave sound, and the assaulting hardstyle single “U SHOULD KNOW” – it became clear that MUST DIE!’s willingness to stay in one lane is nonexistent. His IDGAF attitude to making music has allowed him to touch on every corner of hard dance music, techno, hardstyle, experimental music, and quite literally, anything else he feels like.

“FERAL FANTASY is a celebration of my love and passion for hard dance. It’s upfront and to the point, it’s high energy, and it’s where my head is at this year. This project, much like the album that preceded it, is a peek into my tastes and my personality through the lens of cutting edge dance music.” – MUST DIE!

The 11-track album has collaborations with Water Spirit, Descender, and the infamous Lil Texas. FERAL FANTASY is just that, a fever dream of wild, uninhibited, hard dance music.

Between his eccentric state of mind and cutting-edge mettle in the studio, MUST DIE! caters to an audience with a penchant for forward-thinking sounds that will both challenge and dignify electronic music as we know it. With nearly 10 years under his belt, MUST DIE! began building his cult with consistent releases on one of the genre’s most notable labels, leading him to represent Never Say Die’s prestigious roster.

The start of 2019 established a new era of MUST DIE! with the release of his genre-bending singles “BLISS 2K” and “CHAOS.” Both singles landing at #1 on the Beatport Dubstep Top 100 and reaching over 1 million streams on Spotify, MUST DIE! sparked a new trend in bass music, introducing classic rave elements and hard dance components to his catalog.

Separating himself from his peers through excellence in production and creativity that simply can’t be copied, MUST DIE! maintains his own lane and leads the up-and-comers to follow.

MUST DIE! is in the midst of wrapping up his FERAL FANTASY tour, and is also joining SUBTRONICS on the road for certain shows in Los Angeles, Cleveland and more.