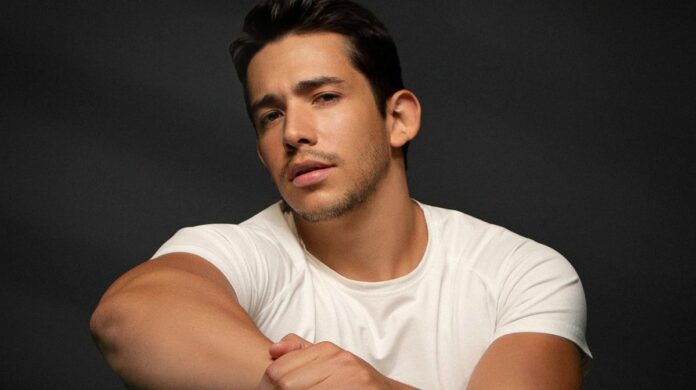 Coming off the back of recent studio output, including ‘Don’t Stop’ and ‘Thinking About You’ – Ed Raissi continues his international rise at pace.

Quickly becoming renowned for his emotive song writing & infectious releases that traverse across an array of soundscapes. We caught up with Miami based producer & DJ Ed Raissi to discuss his latest release ‘Forever’ & more!

T.H.E – Ed, a warm welcome to T.H.E – Music Essentials! How was your summer season?

Ed Raissi – Appreciate you having me on T.H.E – Music Essentials. Summer was great down here in Miami. Lots of humidity though, which made me want to spend much time inside the studio. I’ve been working on a lot of music for 2023. I’ll be sharing sneak peeks very soon!

T.H.E – There’s strong sound design & a distinct feel on your single, ‘Forever’. How long was the production process?

Ed Raissi – Thank you! I produced it couple months ago and honestly had no intentions of releasing it at first. Once a month, we usually spend a day in the studio with the record label team to go through ideas and projects I see that have potential. This one grabbed everybody’s attention. Everybody in the studio was literally screaming, “This is the next one!” I wish I had the video for you to see. It was hilarious. I spent couple of days to freshen it up and add some tweaks here and there. This record has a different sound design than my previous records and I intend to release more of this new style. I’ve been getting insane feedback on the track. We hit 250,000 streams within the first month of release and hopefully will hit a million streams within the next 3-4 months.

T.H.E – In three words, how would you describe your sound to our readers?

T.H.E – Can you tell us anything about Eminent Sessions Records?

Ed Raissi – I founded Eminent Sessions Records couple of years ago with Bruno Gondel. I’ve released all my records on our label. What’s important to me is the musical freedom that comes with it, which means being able to produce and release my authentic and real creations without having to conform to whatever a record label will ask me to do. Everybody now has all the same necessary tools and resources that labels have in order promote and market themselves as independent artists. You just need to be resourceful and dig deeper. Record labels don’t like to take risks on someone who has a different sound. They always push their artists to create what’s already working for them, which dulls the artist’s musical identity. As far as music itself goes, the simplest thing to forget is what music is all about: creating things you think are beautiful. That is when you sit in the studio as a record producer and you’re creating. You have to learn to be certain about what you like, not what you think sounds good to someone else. You have to learn your own heart and your own mind about sound. So, whatever you think is beautiful, that’s what’s beautiful. You have to pursue that road and never forget that there is an audience for everyone.

T.H.E – Given the chance to collaborate with a producer, who would you choose?

Ed Raissi – David Guetta would be my first choice, not because he’s the number one in the world but because he’s very skilled and knows what he’s doing in the music production realm as a real record producer. Kream would be my second choice. They’re very talented and have their own & unique sound that I really dig. They never fail to impress me.

T.H.E – You’re a DJ too. In your opinion, what’s the best club you’ve performed at to date?

Ed Raissi – I’ve been Djing since I was 12 years old, but I recently took a break and focused 100% on getting my music production skills to the next level. The last couple of years have been dedicated to bettering my music production, mixing, and mastering craft. I’m excited that I’ll be announcing the dates for my 2023 tour very soon.

T.H.E – Lastly, any exclusive fresh news you can share with us?

Ed Raissi – Pretty soon I’ll be releasing two new records, “Burnin” and “Reason”. They’re scheduled to be released on my record label in December/January to either end a good year or start a better one!