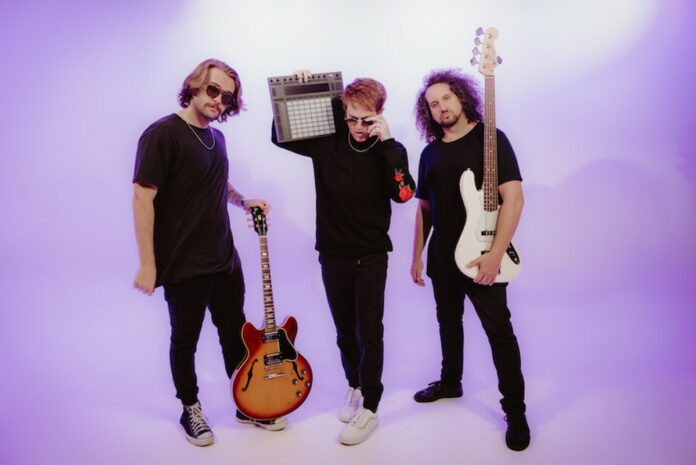 Newly-minted, genre-bending outfit LVNDR.SOUND is making its mark on the Denver music scene.

Since bursting onto the scene earlier this year, LVNDR.SOUND has already collaborated with hometown legends such as Adam Deitch and and Eric “Benny” Bloom (both of the band Lettuce), and sold out their debut headlining show at local festival The Kaia Project.

After releasing their first three singles “Nebula,” “Virtual One” (with Eric “Benny” Bloom), and “Signal” (with Adam Deitch) via Jay.Greens’ own genre-crossing label Perception Records, LVNDR.SOUND now unveils “Echoes” as the fourth single from their forthcoming LP.

“Echoes” showcases the group’s versatility and close creative chemistry, having bonded while making music together during the early days of the pandemic and cultivated a workflow defined by both interchangeability and mutual respect. Blending elements of dubstep, drum n’ bass, and funk into a lavish, future bass epic, LVNDR.SOUND takes Bremer’s lead for a final product full of crisp, euphoric textures.

Staying true to its own name, “Echoes” kicks off with spacious tones and a repeated, infectious chord progression before building with chopped-up vocal samples in a reverbed atmosphere. After temporarily receding, the instrumental then builds up again with stuttering percussion and cacophonous risers before dropping into a lush, immersive soundscape replete with expertly designed, layered synth melodies and trunk-rattling drums.

By taking inspiration from Denver electronic pioneers and incorporating the members’ eclectic, individual musical backgrounds, LVNDR.SOUND fits squarely into the lineage of Denver music while adding to its legacy.

“Echoes” is an acute representation of the diverse, community-oriented ethos of its label, Perception Records. Founded by LVNDR.SOUND’s own Jay.Greens, Perception Records aims to release music from across the genre spectrum and reflect Denver’s multi-cultural identity.

The label platforms artists by linking them with top-tier session musicians, producers, engineers, and songwriters, creating a space for different sounds and creatives to communicate under one roof and uplift one another within the Colorado music scene.