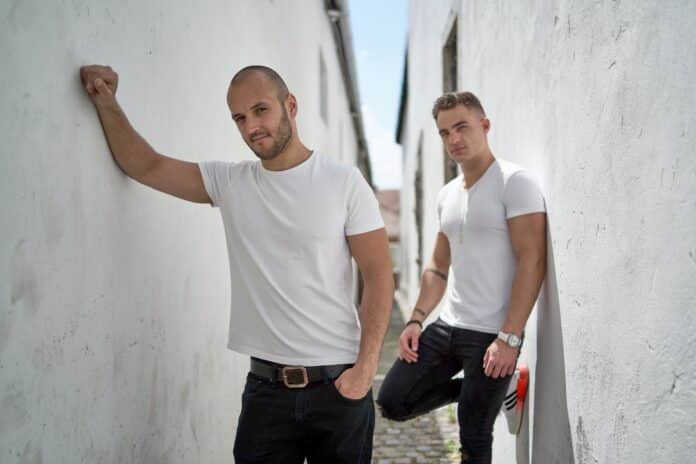 Out now, is a new release from UMEK’s unstoppable 1605 that churns out hit after hit, and it’s latest dark and driving release comes from Hungarian duo NoNameLeft.

NoNameLeft aren’t completely new to 1605, as fans of the label will remember them from a recent mixed artist release, but their ‘Exaltation’ release is a solo EP with three new tracks from the guys.

Although the duo are new to the 1605 roster, NoNameLeft have already left their mark on other record labels such as The YellowHeads’ Reload, Mark Reeve’s SubVision and the Cosmic Boys’ Scander.

UMEK has become something of a tastemaker within the techno community and no doubt he has been road testing tracks by NoNameLeft long before deciding to sign them to his record label. We are told that others also supporting this release range from Eli Brown to Weska.

Opening the release is the title cut “Exaltation” which layers a euphoric synth line with a speaker tearing bassline and some chunky percussion.

“Mass Effect” is the second track and it’s another bass heavy track with an eerie vocal that adds spooky atmosphere to the intense energy of the percussion and hands-in-the-air breakdown section.

Last of the three tracks is the pulsating groove and thrashing hi-hats of “Crystalline Substance” which has a pounding kick drum to ensure a hard-hitting dance floor experience.