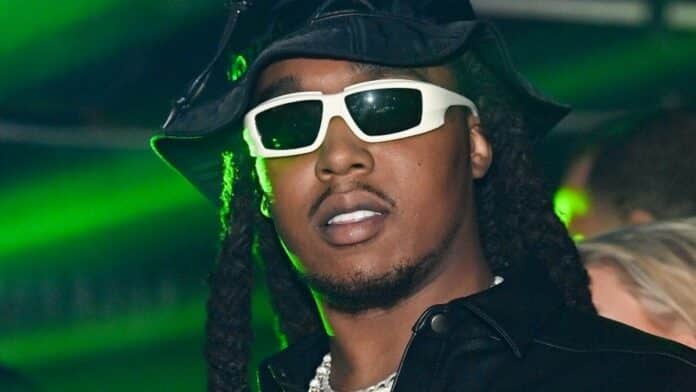 Takeoff, from the trio of Rapper Migos, was shot and killed outside a bowling alley in Houston, Texas on November 1, 2022.

While details are sparse, authorities confirmed that the 28-year old rapper whos real name was Kirsnik Khari Ball, was shot and killed over a dice game outside Houston’s 810 Billiards and Bowling Alley around 2:30 am.

Bandmate and Takeoff’s uncle Quavo was also in attendance, however he was unharmed during the altercation. In addition to Takeoff, two other victims were also taken to a local hospital and being treated for injuries.

Atlanta based – Migos was a family trio which consisted of Takeoff, his uncle who went by the name of Quavo and Quavo’s cousin who went by Offset. Now after the death of the 28-year old, it remains to be seen what the fate of the Migos’ future is as the family grieves the youngsters’ loss.

RIP Takeoff, one-third of rap’s favorite trio Migos, an influential MC with a baritone drawl and the ability to steal any song to which he lent a verse. pic.twitter.com/Mk0sgxXxkD

As reported by Reuters Houston Police Chief Troy Finner said during a briefing, at least 40 people were at the party when at least two gunmen opened fire. The chief said police do not believe that Ball was involved in criminal activity but said the shooting was not a random event. He asked witnesses to call the police with any information. Police have not offered a motive for the shooting other than saying there was an argument at the party.