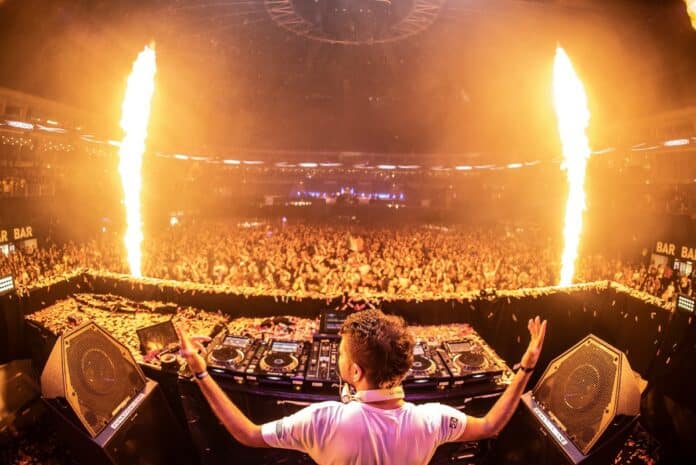 Israeli psytrance artist Blastoyz teams up with Reality Test for a high energy new collab “End Of The End”.

The track borrows the vocals of Krigarè and is a psytrance spin of the original track of the same name by UNSECRET. The uplifting production combines motivating lyrics with high intensity, uptempo beats.

Blastoyz debuted the track at his Red Rocks performance opening for Seven Lions in June and the two Ophelia Records 2022 collaborators have been teasing it throughout their busy international tours that hit nine different countries around the release.

Israeli DJ, musician and producer Kobi Nigreker, better known as Blastoyz, has cemented himself as one of the leading artists in the psytrance scene over the past few years. His uplifting production and hypnotizing basslines have landed him on labels such as Armada Music, Iboga Records, Spinnin’ and Dreamstate with support from the likes of Armin van Buuren, Gareth Emery, Hardwell, Will Sparks and more.

With a steady presence on Beatport’s top charts and millions of streams worldwide, Blastoyz has accumulated a dedicated international fanbase with no signs of slowing down. Throughout his career, he’s collaborated with artists such as Vini Vici, Skazi and Seven Lions with major performances under his belt at festivals like Tomorrowland, Ultra Music Festival, Electric Zoo, and EDC Las Vegas.

Blastoyz also recently launched his own independent label ‘WELVRAVE’ in partnership with Create Music Group. Israeli DJ & producer Reality Test has been making waves in the psytrance scene since her debut in 2015.

Reality Test has also performed at major festivals like Tomorrowland and EDC Vegas with upcoming shows in Sydney, Melbourne, Germany, Dreamstate SoCal and Thailand (Half Moon Festival) around the release.

As the official record label of melodic dubstep leader Seven Lions, Ophelia is a label that promotes independent dance music and has been the official home for his music since 2018. In just 4 years, Ophelia has become one of the hottest new labels in electronic music thanks to its tight-knit community and ability to connect fans of melodic bass, dubstep, trance, psytrance, drum & bass, house and beyond.