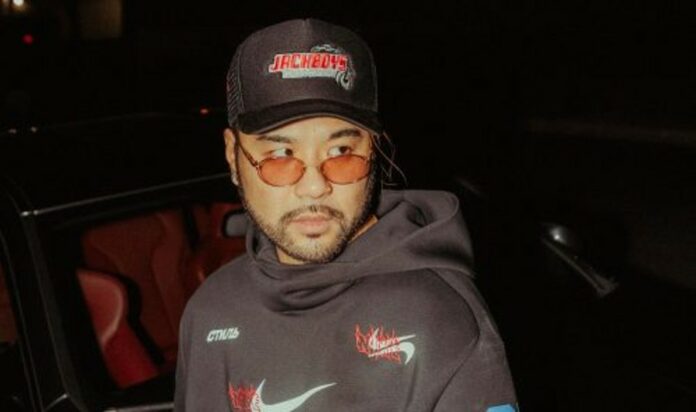 Taking cues from the golden era of deep house, their new single “Seeing Color” should spark a glimmer in the eyes of house heads who have a soft spot for a timeless groove. Anchored by a vogue-inspired topline, the track shines through with each soulful syllable, permuting between phases of beguiling spoken word and an arresting vocal belt.

Rousing piano chords, hissing hats, thumping kicks, sustained string pads, and buoyant basslines each work together to create a rich, intoxicating gradient that feels both retro and modern at the same time.

On his new single with Wax Motif, 220 KID shares: “‘Seeing Color’ is a huge moment for me, working with Wax Motif and Clementine Douglas has created something really special. It takes you on a journey of emotions and feeling, with the first verse and incredible vocal through to the groove and energy of the drop. Making my debut on Insomniac is an absolute dream as well, a legendary label who have paved the way for dance music in America really is a special moment for me.”

Born into the world as Daniel Chien, Wax Motif has molded his sound to fit into various nooks and crannies existing between the subgenres of house music.

The Divided Souls head honcho originally racked up street cred as an original don in the G-house movement, eventually enjoying even more success by organically evolving alongside the big bang of bass house. Not one to be pinned into a corner, his recent debut album ‘House of Wax’ was a testament to his vibe-setting versatility, including festival-approved bangers from the likes of “Keep Raving,” “All Black Everything” with Scrufizzer, “Need You” with Phlegmatic Dogs, and “Hard Street” featuring ALRT and rapper Nessly. The 17-track offering saw him opening his front door to host a diverse collection of influences ranging from R&B, hip-hop, indie dance, jungle-ready tech house and late-night jams.

William Graydon, better known as 220 KID, is on top of the world. The platinum-certified producer has a fondness for storytelling, crafting emotionally charged dance records that deal with love, loss and the things that make life worth living. He initially broke through with his crossover single “Don’t Feed Love” with singer GRACEY in 2019, and he’s held onto that hit-making energy through a slew of originals such as “Too Many Nights” with JC Stewart, “Stupid Feelings” alongside LANY, and his cathartic piano house gem “Release” with ÁSDÍS’.

In an age driven by TikTok trends, 220 KID has also laid claim to a BRIT nomination on the viral power of his remix of the “Wellerman” sea shanty, which took the internet by storm with over 600k sound uses and 350M streams globally.

Wax Motif and 220 KID are an unexpected yet magnetic pairing whose new collaboration “See In Color” is expected to catch the light just right on dancefloors around the globe, and should hold its lucent color for the foreseeable future.

Wax Motif and 220 KID’s new single “Seeing Color” is available on all platforms via Insomniac Records.