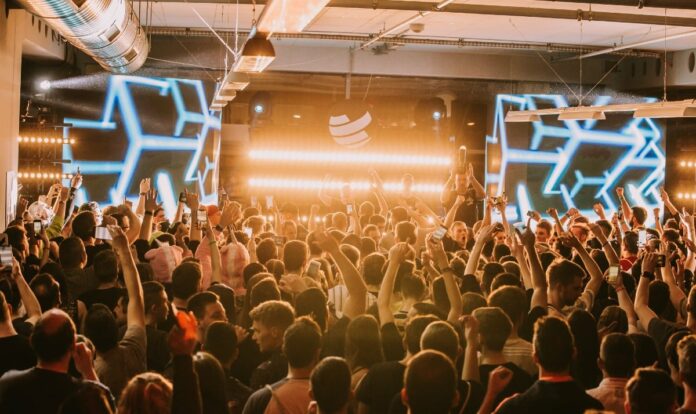 The Phase 3 Announcement also includes star-studded names like Alle Farben, Haftbefehl, Hugel, LNY TNZ, Noisecontrollers, Zatox, and many more, set to take the stage on December 16 and 17 at the MERKUR-SPIEL ARENA in Düsseldorf.

The gift giving season has started early, as BigCityBeats’ infamous WORLD CLUB DOME treats fans around the world to Phase 3 of this year’s Winter Edition lineup, led by the headlining performance of Swedish house maestro, Axwell.

The global superstar joins the ranks of fellow headliners like Robin Schulz, Don Diablo, Reinier Zonneveld, Timmy Trumpet, James Hype, and Boris Brejcha, each set to takeover WORLD CLUB DOME’s monstrous Main Stage on December 16 and 17 at the MERKUR-SPIEL ARENA, transforming the stadium into the biggest Christmas pre-party in the world.

Returning for the first time since 2020, the much-anticipated Winter Edition is expected to be one of the rare opportunities for German audiences to see the Swedish House Mafia’s Axwell perform live, putting this year’s festival atop holiday lists across the country. Joining Axwell in the Phase 3 announcement is a who’s who of regional and global electronic music talent, including Alle Farben, Andhim, MADDIX, LNY TNZ, Hugel, Zatox, and SEVEK, who’s known by fans around the world for his dazzling club single “Move Your Body.”

As a multi-genre event, the WORLD CLUB DOME has worked to define itself as a platform for all genres and forms of club music. Accordingly, rap and hip-hop artists are also highlighted in the billing of this year’s Winter Edition, with some of the countries’ biggest names such as Luciano and Haftbefehl. As an absolute highlight, CRO is set to make its premiere in the “biggest club in the world,” where the infamous panda mask will perform hit after hit, including “Blessed,” “Once Around the World,” “Du,” and “Easy”.

See the full lineup and purchase tickets for the event here.