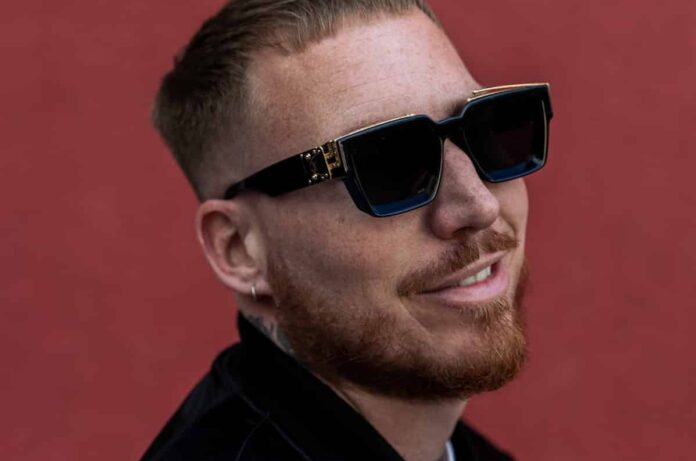 Following on from a unstoppable run of individual releases, HUGEL and BLOND:ISH join forces with reggaeton star Nfasis to release ‘Tra Tra’.

A track which has been dominating dancefloors from Circoloco to EXIT Festival all summer, ‘Tra Tra’ is available to stream and purchase from today.

Three artists with remarkable credentials, ‘Tra Tra’ has been reimagined into a standout club-ready rework of Nfasis’ much-loved original. Unique in style and gliding between Latin House, Afro House and a driving dance beat, ‘Tra Tra’ has continuously found its way into the record bags of DJs across the globe and has ignited dancefloors and sound systems.

A superb collaboration with three artists teaming up from varying ends of the musical spectrum, HUGEL has stamped his mark across all major radio, clubs and streaming platforms. Blurring the lines between radio friendly and club bangers, the French artist has received the blessing from Diplo, FISHER and Robin Schulz just to name a few.

Now with over 1 billion streams to his name, multiple gold and platinum awards, HUGEL boasts an impressive following with over 6.5 million monthly listeners, 500k followers across social media and a dizzying amount of weighty label releases across Toolroom Records, Insomniac, Defected(D4DANCE), Spinnin’ and Repopulate Mars.

“In the beginning we just wanted to experiment some Afro/Amapiano drums and then we had the idea to mix it with a reggaeton vocal. The sonic of this tune is very unique. It’s a mix of a lot of different genre that never really been blended together. Collaborating with BLOND:ISH who is my favourite female DJ right now, and Nfasis a legend of the Reggaeton scene is a beautiful way to end this amazing year.” – HUGEL

BLOND:ISH epitomises the phrase muti-talented, with a flagpole in music production, label management, Web3 and environmental activism. Also highly regarded as a serial collaborator, which today sees her add her trademark blend of house and techno to transform Nfasis’ original into one of the summer’s big anthems, BLOND:ISH is also an energy worker, spiritual seeker and everything in-between. Her ability as a musician allows her to bridge gaps unlike any other artist in the world, seeing her round up over 50+ million Spotify streams and over 1.3 monthly listeners.

As a DJ across her 200+ performances including Coachella, Ultra, EXIT and Sonus festival, whether she’s operating in afro house, 80s disco, psychedelic or straight techno mode, her expert selections are always fun, positive and beautifully rhythmic.

“I’ve been living in Miami, where Latin culture rules and I’m always inspired by my surroundings, so this collab with HUGEL and Nfasis was us experimenting with the cross section of genres & proper Latin vibes to get down on. A lot of my music is with a purpose, this one is a bit lighter and not meant to be taking ourselves so serious-lee. TRA TRA.” – BLOND:ISH

Reggaeton star Nfasis has stepped into the spotlight after his original version of ‘Tra Tra’ has dominated the airwaves in Latin America, along with now being certified Gold in the U.S. Upon release, ‘Tra Tra’ sparked a viral TikTok challenge and then received a string of remixes and reworks.

‘Tra Tra’ added to his glistening discography which now includes several more Gold and Platinum records, as well as collaborations with international superstars J Balvin and Bad Bunny. Nfasis’ hit Lento famously accompanied Jennifer Lopez’ performance during the Super Bowl LIV halftime show and his new collaboration with HUGEL and BLOND:ISH continues to showcase why he is one of the most exciting talents in Latin American music today.