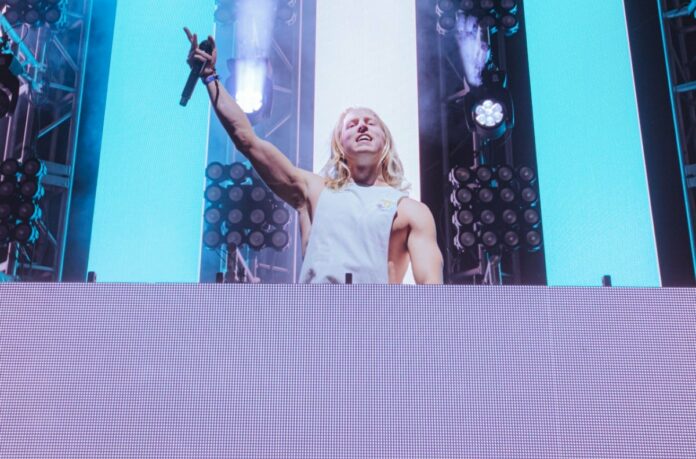 Last month, Virginia Beach native N3WPORT demonstrated his ability to submerge into the depths of emotive melodic bass through his first standalone single on the Lost In Dreams imprint. “Shade Of You” featured a compelling duet between babe. and Kevin Wolfe, which followed two damaged souls doing all that is in their power to not let their rocky past eclipse the light of their newfound romance. His follow-up effort is the polar opposite of said debut, landing on the bitter end of the game we call love.

Instead of dealing with new beginnings, “Bliss” is a rocktronic song that finds itself closer to the end of the road. Budding singer KC steps in on singing duties, narrating the harsh reality when the walls of ignorance start to fall around a relationship that might not be as dreamy as it once seemed. Her eye-opening revelations are sung softly over thrumming guitar strums, delicate keys, and punchy drums before erupting into a melodic bass breakthrough.

On his new single, N3WPORT shares: “‘Bliss’ is a rock fusion melodic ballad that hits on the fact that sometimes, in love and life, ignorance is bliss. With KC’s smooth vocals tackling the hardship of getting caught up in the moment, I did my best to make the production equally angsty and emotional, and am excited with the way it turned out!”

Coming off his recent appearance at the second annual Lost In Dreams festival in Downtown Las Vegas, the Virginia Beach native N3WPORT continues to pick up the pace on the label.

Earlier in the year, he made his debut appearance by way of the Crystal Skies ‘Not Since When (Remixes)’ offering up a riveting take on the featured collab “Gone” alongside heavyweight producer MitiS. His first standalone single arrived in the midst of the hype around his set at the label’s dedicated festival, sharing the stage with other regulars including Amidy, helloworld, STAR SEED, Highlnd, and Taylor Kade.

L.A-based singer KC has been getting a solid footing in the dance music space. Also known by her legal name Katie Cecil, she has been roped in to lend her elegant tones by a couple of artists so far, including “Start It Over” by Last Heroes and Man Cub, and Kompany’s “Just Like You” from last year. Both offerings revealed the beauty of her voice, and there should be plenty of more artists waiting in line to put her on their tracks next.

N3WPORT’s new single “Bliss,” featuring KC, is available on all platforms via Lost In Dreams Records.