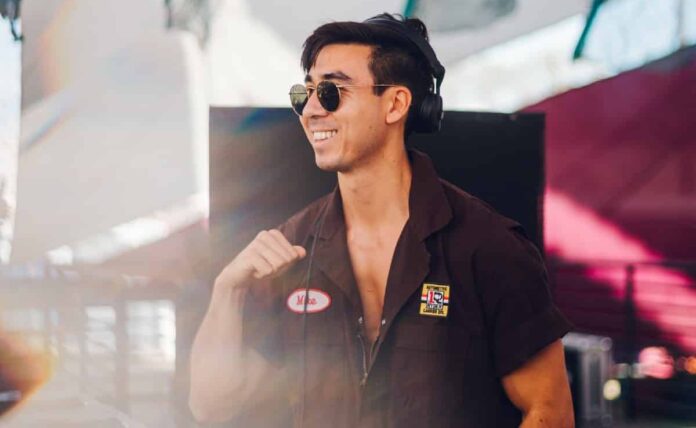 Rinzen is well-known for his ability to combine cinematic sound design with forward-thinking techno production, creating music that feels colossal and awe-inspiring. On his debut for Factory 93, the LA native puts his skills in the studio on full display with “Renaissance.”

The single is textbook Rinzen. Kicking off with a tough and relentless groove as spacious synth elements start sneaking their way into the mix. As things pick up, the main three-note motif—which, until now, has remained static—begins to move up and down the scale, delving deeper into melodic territory and cementing the track’s hook.

Ghostly voices and atmospheric details begin cascading around the lead, giving way to a sea of ambience in an all-enveloping breakdown. A longing voice begins to speak through the ether as the synth melody returns, building steadily while its filter reintroduces high frequencies. Rinzen gives us a brief moment of respite before crashing back into the groove, executing a truly hands-in-the-air moment.

“It’s been a dream of mine to work with Factory 93 ever since it was launched,” says Rinzen. “I have a long history with attending Insomniac events. EDC 2010 in Los Angeles was the first festival I ever went to, and it had a profound impact on my love of electronic music. Many years later, it’s a full circle moment to be working with Insomniac and Factory 93 on this release.”

With a shared level of respect and appreciation oscillating between the Factory 93 label and the impressive talent that is Rinzen, “Renaissance” is a cutting-edge techno cut that earns the meaning behind its namesake.

Rinzen’s new single ‘Surrender’ is available on all platforms via Factory 93 Records.