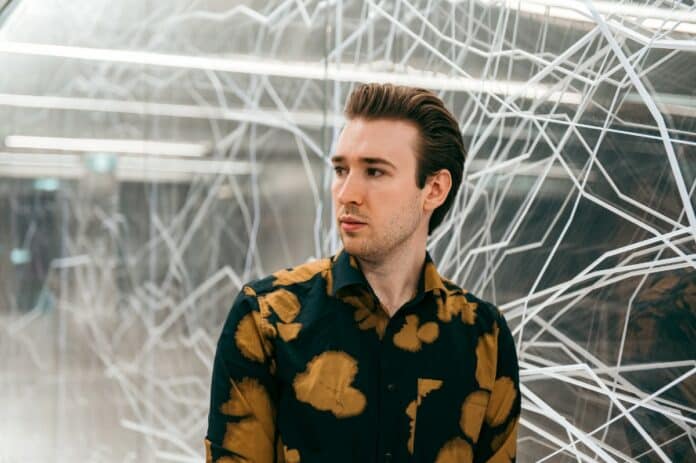 Toronto-based producer Bensley amplifies the turmoil on Eliminate’s recent single “Nothing Left,” featuring Xaelo, with a brilliant drum & bass rework that is twisting the knife as part of the ninth season of releases on NIGHTMODE.

Back in August, the bass music chameleon Eliminate made the executive decision to follow his instincts and lean harder into his love for live instrumentation.

The choice has already been reaping rewards, seeing as how it brought forth a pleasant surprise in the shape of his sophomore single “Nothing Left” on the ever-growing NIGHTMODE imprint. Enlisting the vocal chops of emerging singer-songwriter Xaelo, the hybrid trap and emo electropop single felt like a breath of fresh air, which says a ton coming from an artist that’s notorious for shattering expectations.

And since game recognizes game, Canadian producer Bensley—another familiar face from the label—felt compelled to pick up the pieces of Eliminate’s original and reassemble the brooding record in a way that no other artist would even dare try.

With his take of “Nothing Left,” the versatile artist Bensley is shown returning to his natural element. Pulling the single into his drum & bass orbit, his remix introduces a blood-rushing drive that displaces the festering pain into a unique category of grief.

He allows space for Xaelo to still wallow in misery; only now, there’s a deceptively bubbly jump-up groove keeping him company. Rock-infused basslines and gritty guitar riffs add contrast to the effervescent melodies, throwing the OG sound design some shine while Bensley flips the script with his step-worthy contribution.

Roughly one year ago, Bensley made a bold statement of his own when he touched down on NIGHTMODE for his label debut. “No Problems” transcended generations through an homage to its creator’s early influence of 2010 dubstep and UK garage.

Nodding to his formative years in the dance scene, the single saw him harkening back to the days before he broke through as an instant favorite on the D&B circuit. In the time between his two NIGHTMODE releases, Bensley has been hitting the road like a madman, joining Delta Heavy on their 18-date North American ‘Ascend’ tour, as well as hopping on stops for deadmau5’s ‘We Are Friends’ tour.

As he continues to blaze across the country, there’s no doubt his “Nothing Left” remix is going to leave dancefloors in shambles when he slips it into his sets.

When I was approached to remix a track by Eliminate, I leapt at the chance. I think he’s one of the most talented producers in the scene right now, and ‘Nothing Left,’ featuring Xaelo, is a shining testament to that. The moment I heard this tune, I immediately knew it would make a perfect drum & bass song. Obviously, Nates [Eliminate] sound design is incredible, so I tried to stay true to the original while making it my own. I’m really proud of the result and enjoy my take on this killer release.” – Bensley