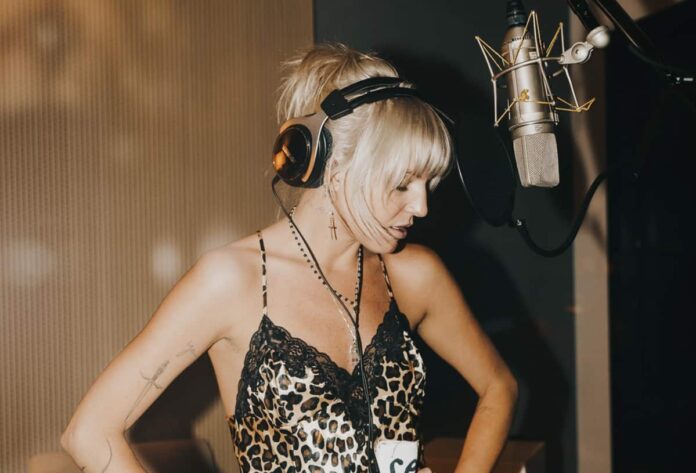 Delivering two reimagined originals exclusively on the platform, she put her rocktronic spin on Hilary Duff’s 2004 classic, “Come Clean,” and took to a haunting acoustic rework of her EP cut, “Blood Rush.” Both tracks were recorded in Spotify’s top-of-the-line Los Angeles studio with a full band and custom gear.

GG Magree shares, “Working with the team at Spotify has been such a dream. Not only are they super supportive and allow me full creative control, but the studio I worked from is probably the nicest I’ve ever been to. It blew my mind.”

She adds, “I’ve always wanted to cover Hilary Duff’s “Come Clean” as I’ve closed my sets with it for so many years and to do it with a live band and add new GG enegry was a huge goal. I also decided to give my favorite song from my EP, “Blood Rush” a new life by giving it a more rocktronic feel. Adding live drums and new guitars makes it sound like pure sex.”

Bringing the music to the big screen later this month, GG and actress, singer, and best friend Vanessa Hudgens will release their anticipated documentary, Dead Hot: Season of the Witch.

Produced by Bunim Murray, the film sees them journey into the supernatural realm as self-taught students of witchcraft. After a ghost hunt gone wrong in Northern California, they’ll experiment with the spirit world and pull back the veil between the living and dead as they seek proper training in Salem, Massachusetts. Stay tuned for an official release date.