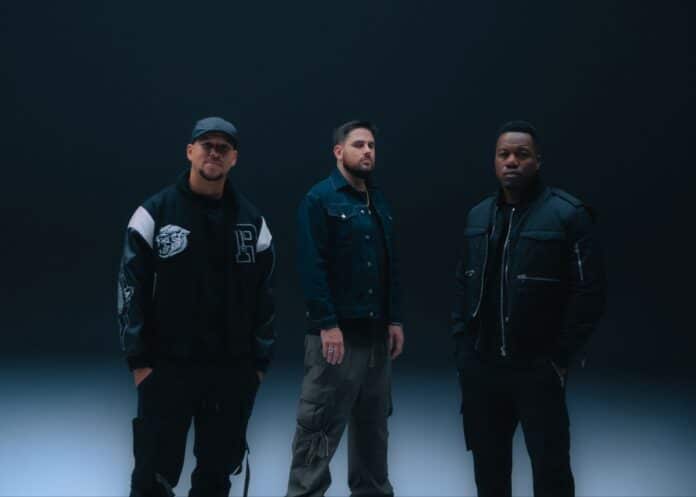 Rudimental are back, returning with their new single “Break My Heart” released on November 11th. Listen Here.

Having recently signed to Room Two (part of Columbia Records), Rudimental have had a reset and re-embraced with their roots. Their first single on the label is “Break My Heart”.

A deep and dark bassline is juxtaposed with stirring vocals, an earworm hook and a classic DnB drum arrangement….all reasserting that they are still the masters of melding UK club tracks and heartfelt vocals into surefire anthems. It has been made Clara Amfo’s Hottest Record in the World on Radio 1.

Reconnection is a theme that lies at the core of Rudimental’s new chapter. The band (Piers Aggett, Kesi Dryden and Leon “Locksmith” Rolle) have gone full circle with their new material. The dynamism and energy inherent in the drum & bass genre has been essential to the Rudimental sound from day one.

Born ravers at heart, they have an innate ability to ignite festival stages and clubs around the world, and it’s this intrinsic spirit of the rave that has reemerged in their forthcoming singles. The boys have been getting busy in their beloved studio, finding joy in utilising the space as a club of sorts during the global shutdown.

With more new music on the way, and the excitement and energy generated by wiping the slate clean for a fresh start, Rudimental are firing on all cylinders and poised for an electrifying return to the stage.