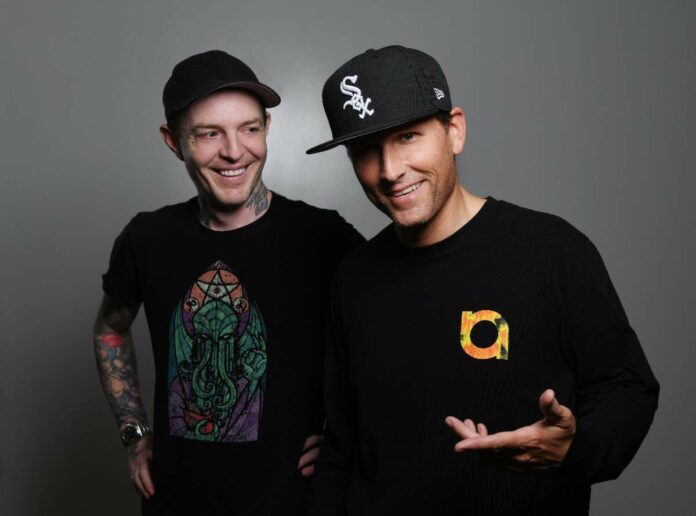 “Avalanche” featuring vocalist and songwriter James French is carried by his enigmatic vocal “Say what you want / It hits me / An avalanche / A flash freeze / Never stood a chance / So bury me under your snow,” intertwined with a pulsing beat and dizzying acid line.

James French is a singer-songwriter from Leeds and with his dynamic style of singing and arrangement, allowing the launch of his career with “Avalanche.” Writing songs since he was12 years old, falling in love with the guitar and learning new songs after school, he quickly found a place as a busker and live performer in his hometown.

Drawing inspiration from a diverse pool, James has developed his sound and singing style from artists such as Jon Bellion, James Morrison, Ed Sheeran and Jeremy Zucker bringing a new vocal style into the Kx5 fold.

“Avalanche” is the fourth to be released by the duo following their current Top 40 radio track “Escape,” and recent singles “Take Me High” and “Alive” featuring The Moth and The Flame (TMTF). All songs will appear on Kx5’s artist album set for release in 2023.

deadmau5 and Kaskade first paired together in 2008 on “I Remember” – a genre-defining anthem which recently appeared on Rolling Stone’s ‘200 Greatest Dance Songs of All Time’ list, with the rock bible stating, “…a collaboration between two of the biggest dance stars to emerge in the late 2000s — has an appealing modesty about it, even as it induces mass singalongs at festivals (still).”

Since then, they have collaborated on tracks but with Kx5 they have solidified it into a wholly new artistic project, one which will consist of more studio releases in the coming months leading into an album, as well as a greatly anticipated live show set for December 10 at Los Angeles’ Memorial Coliseum.