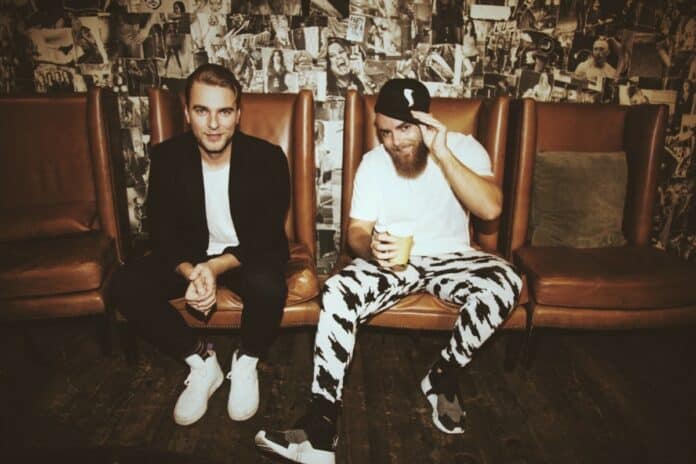 Since then, brothers Wouter Janssen and Sjoerd Janssen have developed a heavyweight EDM sound, dropping immense collaborations with the likes of Tiësto, Major Lazer, Steve Aoki, Moby, Timmy Trumpet, Wyclef Jean, and more. Notably, the DJs and producers have channelled passion and drive into hits like Bad with David Guetta, which gathered over 505M Spotify streams, BBC Radio 1 support, and DJ support from Hardwell, Borgore and more.

Meanwhile, Swedish native sonofsteve has contributed his stellar songwriting and vocal abilities to a wide range of creative universes including writing for the likes of The Black Eyed Peas, Andrew McMahon and Haley Reinhart in addition to penning the soundtrack for Antonio Banderas’ film Justin and the Knights of Valour. Choosing his artist name after his father achieved cancer free status in 2016, sonofsteve boasts a wide range of Platinum and Gold wins and seven Billboard no. 1’s in Japan.

Now uniting for their second collaboration, Showtek and sonofsteve present a religiously euphoric sound in ‘One Life’. A massive show-stopper of epic proportions, ‘One Life’ swells with its stirring message of positivity, gracefully echoing with transcendent EDM drops and sonofsteve’s thoughtfully deft lyricism and contagious melodies that will cause a stir on dancefloors globally.

Showtek feat. sonofsteve – ‘One Life’ is out now via SKINK Records.