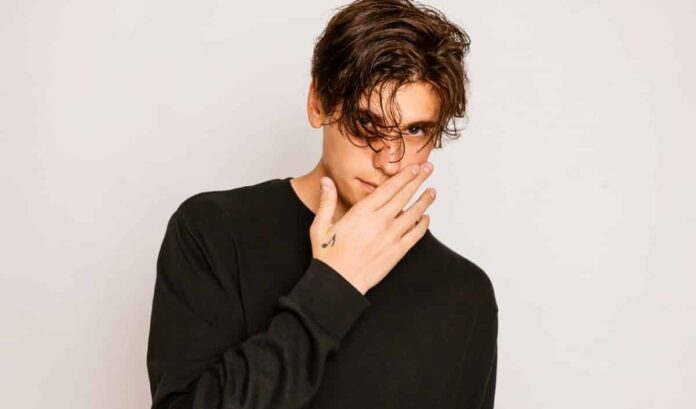 Audien has long been a forerunner of the global progressive house movement, and his third single of 2022 sees him cement his reputation even further.

‘Way Back Home’ (feat. Jordan Grace) is a silver-lined record that resonates with anyone who’s been stuck in a dark place.

A tribute to the person who’s been a tower of strength, Audien’s latest on Armada Music is goosebump-inducing from the first guitar strum. Alternating between warm chords, Jordan Grace’s soaring vocals and full-on progressive house euphoria, ‘Way Back Home’ can be any listener’s way out of the dark and back into the light.

“‘Way Back Home’ is, to me, about getting in touch with myself”, Audien explains. “I had an incredible summer on the road, but that also meant I didn’t get to spend much time at home or with the people who are dear to me. This song encapsulates the long nights on the road and the loneliness you can feel, but also that you’re never truly alone and that there’s always a guiding light to follow.”

Known for his production prowess and unique propensity for uplifting melodies, Grammy-nominated producer and songwriter Audien has established himself as a legend in the dance community.

A staple in the progressive house genre, he garnered the support of industry veterans such as Tiësto, Above & Beyond and Armin van Buuren through an extensive discography that includes Billboard Top 40 hit ‘Something Better’ feat. Lady A, collaborations with the likes of ARTY, MAX and Echosmith, and official remixes of songs by Coldplay, Halsey, Nile Rodgers, Jess Glynne and Calvin Harris.

In 2014, Audien released his Grammy-nominated remix of Bastille’s ‘Pompeii’, which went on to become the most played track at Electric Daisy Carnival and Coachella, and one of the five most played tracks at Tomorrowland.

Jordan Grace has been on a meteoric rise to stardom since breaking into the EDM scene in 2019. In the three years since, the Australian-born, Nashville-based singer-songwriter has collaborated with premier acts such as Armin van Buuren, Julian Jordan, Martin Garrix and Nicky Romero, and now links up with progressive house tastemaker Audien on ‘Way Back Home’.