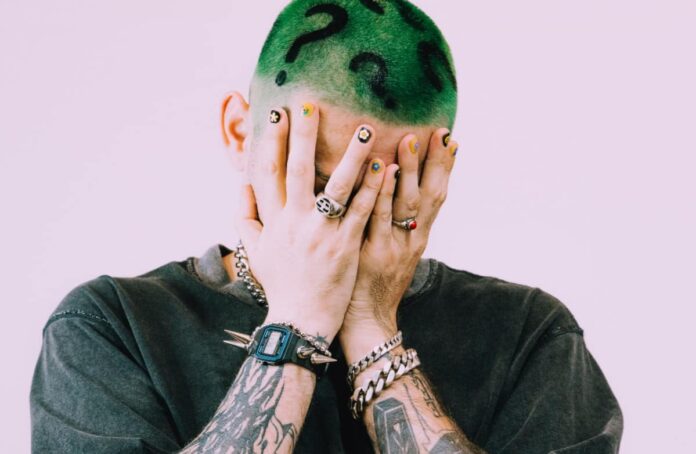 Sensual lyrics come together with a jump-up beat to produce an all-time bass house classic, crafted by the mind of French DJ & producer Habstrakt, featuring vocals from Roderick Porter.

Idolizing the raw, DIY alt hip-hop of Tyler, The Creator, Mac Miller, XXXtentacion, Lil Peep and others, Roderick Porter adds that angsty undertone to the track that resonates with Habstrakt’s band of loyal followers as well.

In just over three minutes, the track achieves that ideal dance-floor punch with a piercing bass house drop that fans of the genre know and love.

Habstrakt’s passion for blending visual arts with his own personal creative aesthetic – tattoos, hair designs and the like – with his music discography gives his production an inspired, signature sound that’s unique and cuts through the genre.

This release follows a more melodic collaboration with Tchami, “Eternity” (ft. Lena Leon), which dropped on Confession in October of last year. Habstrakt, like many others, remixed ACRAZE’s “Do It To It” in August, but this single with Porter will be his first independent release since 2021.

Habstrakt is a French-born, LA-based DJ & Producer, who began his journey in music through playing the guitar and keyboard during his youth before discovering dubstep in 2008.

This discovery led him to pursue a full-time career creating quality productions with releases on a number of prominent electronic music labels. Additionally, he’s become internationally renowned within the dance/electronic/house genre – as he’s played major stages at Ultra, Lollapalooza Paris and most recently on EDCLV’s main stage.

Over the course of his career, he has amassed over one million monthly listeners on Spotify through popular releases such as “Chicken Soup,” as well as being featured on Spotify’s Dance Rising, which features tomorrow’s hottest artists. As he continues to grow and gain notoriety, expect bigger and better things from Habstrakt this year & beyond.

Growing up in Moncton, New Brunswick, 22-year-old Roderick Porter assembled a bare-bones home studio in the back of the basement of his family home – and taught himself how to produce, write and record nestled beside a water heater and a handful of surplus store blankets used for soundproofing.

A chance tweet from Noah Cyrus spotlighting Roderick’s single “I Didn’t Realize How Empty My Bed Was Until You Left” to her 4.5 million followers galvanized Roderick’s conviction to postpone his university studies in favor of moving to Hamilton, ON to pursue a career in music. In barely three years, Roderick has amassed nearly 200m+ on-demand streams across all platforms including 100m+ streams on Spotify and 70k followers, 18m+ views on YouTube and 116k+ subscribers and nearly 6m streams on Soundcloud and 20k followers.

2021 saw the release of Roderick’s debut LP, PROTOTYPE:ETERNAL. Inspired by contemporaries including 070 Shake, Kid Cudi and Baby Keem, the set was largely self-produced with additional production and mixing contributed by Andrew Dawson (Kanye West, Travis Scott, Tyler, the Creator). A slowed and reverbed version of the set drops January 2022 and features a remix of “Midnight,” featuring Toronto legend Anders.

Roderick returns to his hip hop roots with loosies including “POISON!” and “Money in the Bank” also in January 2022, proving that this creative polymath is sure to keep his fans and contemporaries alike anticipating what’s next from this promising new artist.