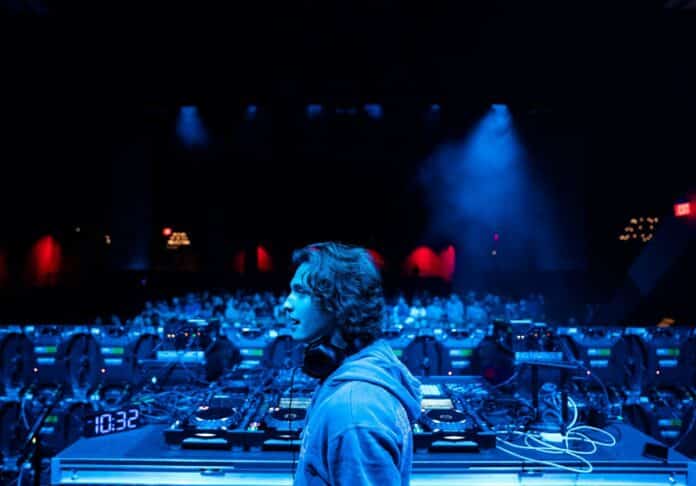 From the imagination of musical genius Brandon Greenstein, The BreakBomb Project, or simply BreakBomb for short, is a rising outfit that is revolutionizing the EDM scene.

After dropping his debut single “World” in 2018, BreakBomb has gone on to create an extensive library of melodic hits. Showcasing his artistic vision, BreakBomb’s first album, The Project, was a booming success.

Carrying on the momentum garnered by his first two years as an artist, BreakBomb’s 2020 anthem “Deep End” received a massive amount of support from TikTok and other social media platforms. Exponentially growing his fanbase, BreakBomb followed this up with “WHY”, which climbed up the radio charts and even earned placements in Spotify’s featured playlists. Now, BreakBomb aims to continue his hot streak with his brand-new single “Gasoline”.

Searching for the perfect vocalist to fit his distinct sound, Breakbomb joins forces with singer-songwriter Maxine on the track. While attending Berklee’s College of Music, Maxine conveys her experiences in life and strong emotions throughout her lyrics. She delivers heavenly vocals that blend seamlessly with the mesmerizing instrumental in “Gasoline”.

Radiating a thumping bassline and interstellar progressions of future bass, “Gasoline” is a dark and cinematic masterpiece. It fuses elements of electronic, indie, and pop, before transitioning into a jaw-dropping drop towards the end of the song. In addition to taking listeners on an ethereal adventure, “Gasoline” foreshadows the bright future that lies ahead for BreakBomb.