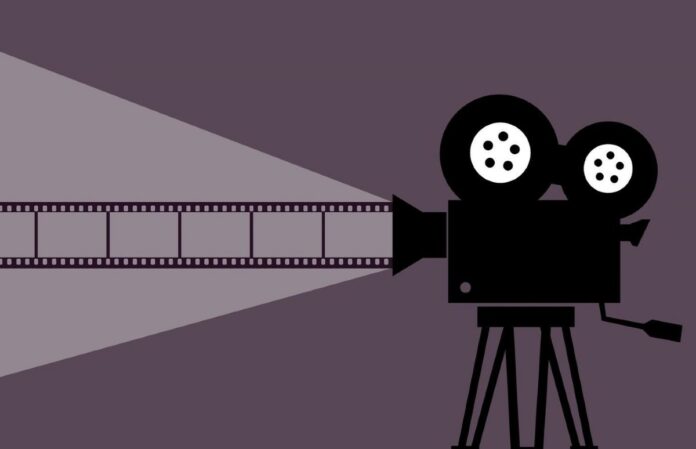 Gambling and gambling tales have been compelling storylines for many Hollywood movies over the years.

There is something about the glamour, the opportunity for a big win, and the potential for intrigue, which makes a casino or a massive wager an excellent premise for a film.

However, a successful movie is more than just the script. Great performances, cinematography, direction, and musical score, all go into creating the most memorable movies. So, what soundtracks set some gambling movies apart from others?

No one who has seen The Sting from 1973 can forget the audacious chancers played by Robert Redford and Paul Newman. Hollywood’s ultimate double act of the day played two professional grifters out to con a mob boss.

Decades later, the twists and turns of the complicated plot might have been lost to time, but the soundtrack is an instant earworm. The film was set in 1936 and featured music from Scott Joplin, a 19th American composer, and pianist. The most famous track of the film is the ragtime favorite, The Entertainer, which reached number three on the Billboard pop chart in 1974.

The music seemed to accompany the action perfectly. Ironically, ragtime music was all the rage twenty years before the time the film was set and had fallen out of fashion by the 1930s.

More than just a soundtrack to a gambling movie, Guys and Dolls is a gambling musical. The show started out as a Broadway musical with lyrics by Frank Loesser and songbook by Jo Swerling and Abe Burrows.

The plot charts the story of unlikely lovers, showgirls, gangsters, and underground gamblers during prohibition in New York. It ran for 1,200 performances and won a Tony Award for Best Musical. However, the 1955 film adaptation starring Frank Sinatra, Marlon Brando, Jean Simmonds, and Vivian Blaine really shot the songs to fame.

Stand-out songs like Luck Be a Lady became part of Sinatra’s setlist over the years of his Las Vegas residencies. In 1998 the original Broadway cast was posthumously inducted into the Grammy Hall of Fame.

Frank Sinatra also stars in this casino movie. All five of the Rat Pack members are in the cast. Alongside Sinatra are Dean Martin, Sammy Davis Jr, Peter Lawford, and Joey Bishop.

The film tells the tale of a casino heist where the protagonists plan to rob all the casinos in town on the same day. Dean Martin recorded and released Ain’t That a Kick in The Head, specifically for the film in 1960. It was released before the movie and went on to be featured on many of Dean Martin’s compilation albums.

Ocean’s Eleven was remade in 2001 with George Clooney, Julia Roberts, Brad Pitt, and Matt Damon, among others. The final scene shows the bank robbers viewing the fountains in front of the Bellagio Hotel, with Debussy’s famous piano piece Clair de Lune playing in the background. In the film, the number was performed by the Philadelphia Orchestra and arranged by Lucien Caillet.

The film may not have been the most critically acclaimed. However, none of Elvis Presley’s films ever were. In fact, Presley churned out a series of corny motion pictures, and Viva Las Vegas was just one of these. He never performed the track live; it was only ever on the film.

Nonetheless, the song achieved Gold Disk status in 1992 and has become one of the ultimate Vegas records. The song also features on Elvis video slots that can be played at some of the safest online casinos.

In the game Elvis Lives, you can see the King rocking in the background and hear his most famous tunes. Another popular game, Elvis The King Lives, has a jukebox feature for Elvis fans who love a spin on the slots.

While Elvis may have made great songs and corny films, 21 is a film that stands out for having a top-notch script and soundtrack. The story is about a bunch of bright college kids outwitting the casino and winning big in Vegas under the tutelage of their MIT professor.

The soundtrack is worth a listen, even if you do not want to watch the film. It features music performed by LCD Soundsystem, Moby, Weezer, MGMT, and Rhianna. In addition, the movie’s final scenes are played out to The Rolling Stones’ iconic You Can’t Always Get What You Want.

No list of gambling film soundtracks would be complete without a nod to the 2014 film simply entitled The Gambler. This is a very different movie about gambling, not about glamour or heists or beating the system.

Despite the title, the film is not about a man who is genuinely a gambler. Instead, gambling is a tool for Jim’s self-destructive behavior. Played by Mark Wahlberg, Jim does not try to win when he gambles; instead, his goal is to lose everything.

However, Kenny Rogers’ famous film The Gambler is from an earlier era. It was a film made for television and was made based on the lyrics to the song that the country star had made famous. The song The Gambler was written by Don Schlitz. The film stars Roger’s as Brady Hawkes, a gambler trying to reconnect with his son. It was a commercial and critical success, and there were four sequels.