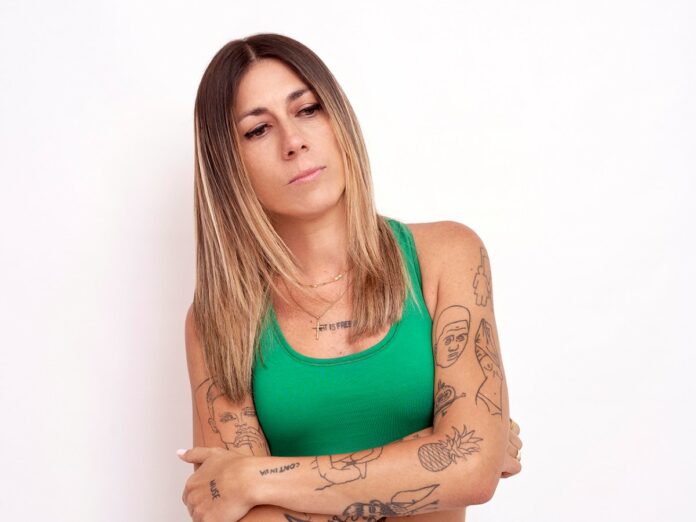 Miane is stoking the flames with her label debut on Insomniac Records, recruiting the songbird talents of London’s esteemed vocalist Camden Cox on her latest single “Fears In The Fire.”

Hailing from Ibiza, Miane has been roaring across the tech house scene as one of the most exciting names to emerge in recent memory. She’s been drumming up exceptional club cuts that continue to scorch the earth with their widespread appeal.

On her first outing with the Insomniac imprint, the Spanish groove specialist is giving purpose to the stellar reputation she’s established as of late. Joined by venerated songstress Camden Cox, “Fears In The Fire” is igneous and infectious in all the right measures. Cox’s velvety vocals glow with an effortless finesse, smoldering across the track with each breathy syllable.

The breathtaking croons are inextinguishable on their own, but the combustibility of her lush tones becomes compounded to critical levels as Miane weaves them around elastic synth plucks, murky keys, oscillating pads, and a rolling rhythm made for late-night revelry.

“I’m really looking forward to releasing this single on Insomniac Records,” says Miane. “I had been kicking around a few projects for a while, and I felt that ‘Fears In The Fire’ was the correct one. Camden Cox was chosen for her sweet vocals, and I know it was the perfect combination to find what I wanted to convey in this track.”

In commemoration of the new single, Miane is currently trekking across North America as part of the ‘Fears In The Fire’ North American tour, which kicked off at Insomniac’s sold-out festival, Escape Halloween.

The 7-stop jaunt across the States arrives on the heels of a much-deserved inclusion in DJ Mag’s ’12 emerging artists you need to hear’ feature in October.

While the praise is undoubtedly starting to pour in following her ubiquitous singles “Who Are You?” and the more recent “For One Night,” the Ibiza resident has long paid her dues on the dancefloor, originally blazing through the house circuit under her given name, Taty Munoz. With every respectable label now knocking on her door, the future seems to be at the mercy of the magnetic talent that is Miane.

Miane’s new single “Fears in The Fire” ft. Camden Cox is available on all platforms via Insomniac Records.