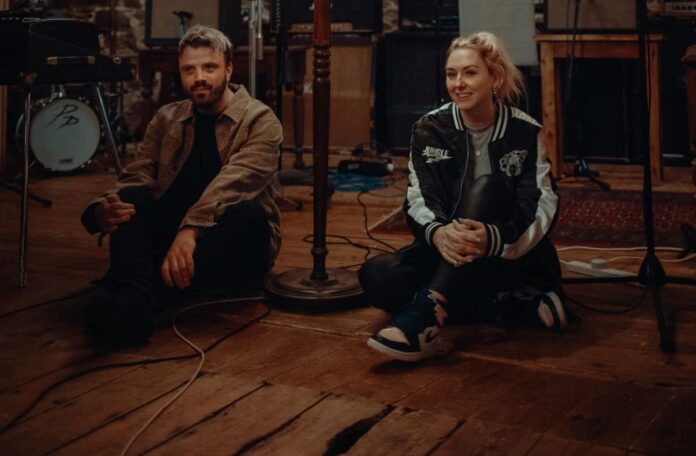 The pairing comes as no surprise following Koven’s support on ShockOne’s Dark Machine Warehouse Tour over the last month, hitting venues across New Zealand and Australia. “Collecting Thoughts” opens with synth-driven nostalgia as Katie’s vocals build emotional intensity toward an adrenaline-pumping climax. Koven fans rejoice as the single will feature on their forthcoming EP, ‘Higher Ground (Part 2)’ in 2023, following their widely-praised first chapter in August.

Koven share, “We’re really excited to be collaborating with ShockOne for the first time. This was a demo we’d had for awhile, that we both really really loved so this collaboration seemed like a great opportunity to get it finished and out to the world. Uplifting vocal and dancefloor vibes.”

ShockOne adds, “It’s so great to finally write a song with Koven. We’ve been peers and fans of each other for such a long time, I’m surprised we took so long to do it tbh! I’m really happy with how this turned out. One of my biggest considerations going into this was ‘what should ShockOne x Koven sound like..?’ Not only that but what would our collective fans expect? And I think we’ve done exactly that – huge soaring vocals, epic melodies, and larger than life production!”

Koven have taken the world by storm this year, performing across their largest tour to date with over 50 stops from sold-out headline shows to festival main stages. Their ‘Higher Ground (Part 1)’ tracks have accumulated over 3.5 million streams and earned support in everyone from Illenium to Danny Howard, as well as UK television syncs from the likes of BBC’s sports programming.

ShockOne also hit the road this year, bringing his complex production stylings to fan-favourite festivals like Shambhala and Liquicity. He recently returned with his first single of the year, “Thinkin About” featuring Lee Mvtthews, which went straight to George FM’s ‘Best Songs of 2022’ list.