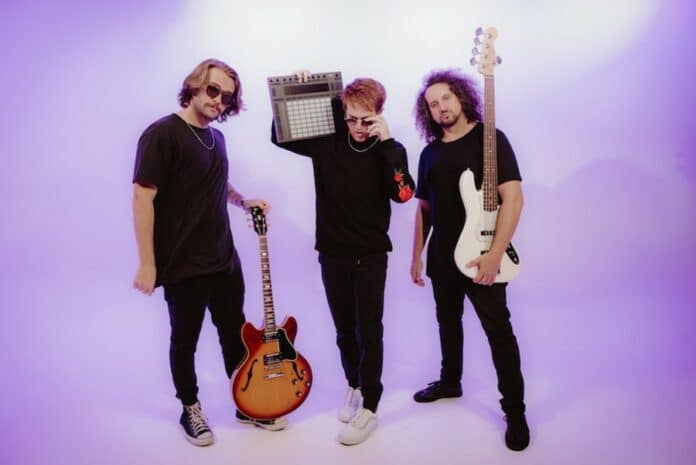 The group’s unique electronic sound has grabbed the attention of Denver’s vibrant music community. Since bursting onto the scene earlier this year, LVNDR.SOUND has already collaborated with hometown legends such as Adam Deitch and Eric “Benny” Bloom (both of the band Lettuce), and sold out their debut headlining show at local festival The Kaia Project.

After releasing their first four singles “Nebula,” “Virtual One” (with Eric “Benny” Bloom), “Signal” (with Adam Deitch) and “Echoes” via Jay.Greens’ own genre-crossing label Perception Records, LVNDR.SOUND now unveils “Expedition” as the fifth single from their forthcoming debut LP.

“Expedition” was created leading up to LVNDR.SOUND’s debut show at The Kaia Project, a music festival nestled in the Rocky Mountains. Exemplifying LVNDR.SOUND’s versatile, adaptive style, “Expedition” pushes the trio’s boundaries into the world of tech-house – an homage to their tech-house friends and peers also playing the festival.

As a time capsule of LVNDR.SOUND’s journey towards their first-ever concert, “Expedition” appropriately strives for a grand, impactful live performance vibe. The track kicks off with futuristic, moody synth melodies and drum rhythms before incorporating bruising kick drums.

It then builds into an explosive drop of blazing synths and tech-house grooves and vocal samples – an incendiary section meant to tear up dancefloors everywhere. With intricately designed production and a playful, energetic aura, “Expedition” showcases LVNDR.SOUND’s close creative chemistry and versatile skillset.

“Expedition” is an acute representation of the diverse, community-oriented ethos of its label, Perception Records. Founded by LVNDR.SOUND’s own Jay.Greens, Perception Records aims to release music from across the genre spectrum and reflect Denver’s multi-cultural identity.

The label platforms artists by linking them with top-tier session musicians, producers, engineers, and songwriters, creating a space for different sounds and creatives to communicate under one roof and uplift one another within the Colorado music scene.