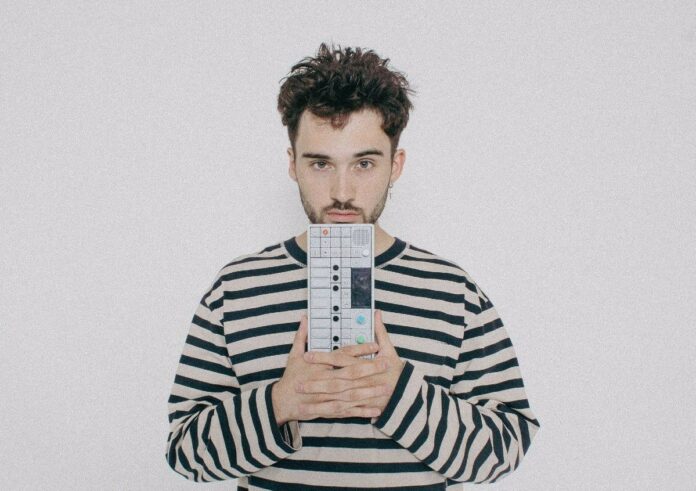 The fast-rising producer helloworld fortifies his presence in the melodic bass realm with his follow-up appearance on Lost In Dreams, taking the shape of his latest single “close to the ground.”

Even though he’s only been in the circuit for a couple of years at this juncture, there are not many artists that are on the same frequency as helloworld.

The L.A-based phenom has answered his calling of being able to disassemble human emotions, and then patch them back together into a grid of glitchy, video game-inspired sounds. His latest stint with Lost In Dream Records is another immersive masterpiece programmed for an overload of emotions. Powered by his own distinct vocal work, “close to the ground” contains all the compelling components that make the helloworld machine tick.

His brooding vocal tones are lofty yet weighed down by melodrama, following along as he free falls into a state of self pity. His sense of hopelessness starts to feel almost as thin as air, though, once the computerized synth swirls and crunchy low-end pulses deploy themselves like a punchy parachute saving him from descending deeper into his disillusions.

On his new single, helloworld shares: “I tend to write a lot of sad songs. I don’t know why. ‘close to the ground’ is no exception – sometimes I just feel like the world is coming down on me and writing a song to express how I’m feeling is the best way for me to process my emotions at a given time. With this track, I wrote the instrumental before the song itself, and I was experimenting with creating a heavy and experimental drop together with some emotional lyrics and vocals. After trying a bunch of stuff, ‘close to the ground’ came out. So excited to be back on Lost In Dreams. I absolutely love everyone on the Lost In Dreams team and the platform they’re creating for music like this.”

In his short two-year burst into existence, the electronic music producer and multi-instrumentalist has undergone a few major updates. After operating anonymously across a couple of singles for SLANDER’s Heaven Sent imprint and his introductory ‘afterthought’ EP on Lost In Dreams, helloworld revealed his identity through a live, stripped-down rendition of the package’s lead single “only way out.”

Not losing any momentum, he started building a catalog of festival-ready cuts on his more aggressive follow-up ‘warning signs’ EP on Bassrush Records, which gave him ammo to use during his debut at EDC Las Vegas and an appearance at the second annual Lost in Dreams festival in September.

After showcasing his exceptional talents on the road, his highly anticipated return to the Lost in Dreams label is a blessing that couldn’t have landed at a better time.

helloworld’s new single “close to the ground” is available on all platforms via Lost In Dream Records.