Danny Olson Teams Up With Synymata On New Single, ‘Lose It All’ Featuring Casey Cook 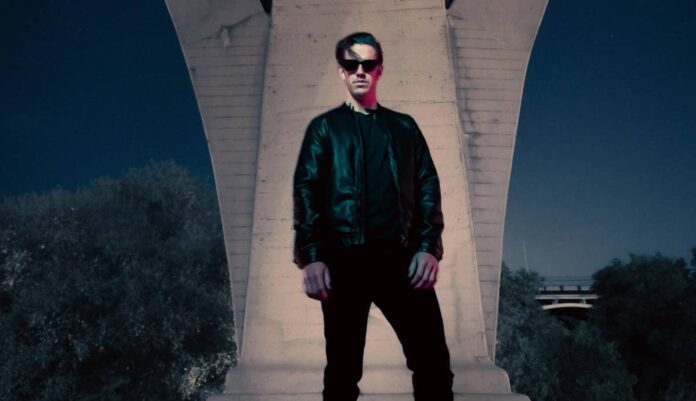 Danny Olson and Synymata combine strengths on their new single “Lose It All” for Lost In Dreams Records, featuring the engrossing vocals of the highly sought-after singer, Casey Cook.

L.A-based producer Danny Olson is a classically trained musician and film composer that has been refracting his love for electronic music through a cinematic lens. On the other hand, Milwaukee-bred artist Synymata has been bridging the gap between heavy bass and melodic dance almost as if they should be exclusive.

Though both artists share a home on the burgeoning Lost In Dreams Records, the two label regulars have yet to discover what greatness would arise between them. This all changes starting today, as they lay it all on the line with their long-awaited collaboration.

A match unlike anything else, “Lose It All” results in one of the most earth-shattering songs of the year. Joined by Los Angeles-based songstress Casey Cook, the stakes feel higher than ever as the three of them wrestle with uncertainty. Cook takes big risks with her delivery, narrating the vulnerability of leaving fate into the hands of a lover.

Her paranoia is kept on edge throughout the track’s orchestral crescendo, which carries the strife into soaring synth progressions, suspense-laden drum work, and vigorous arpeggiations that capture the uneasiness sitting at the song’s central theme.

On the new single, Danny Olson states: “I am thrilled for another massive collaboration with Lost In Dreams. This song is maybe my most impactful one yet, and I couldn’t think of a better home for its release.”

Los Angeles-based producer Danny Olson made his debut on the Lost In Dreams imprint in 2021 with his Crystal Skies collab, “Like Water,” featuring Jadelyn.

Since then, he’s kept a steady presence on the imprint through follow-up singles including “Undertow” with Bebi and Tyler Graves, “Melting” alongside yetep and EASAE, and his most recent offering “Not Letting Go” with Micah Martin and Highlnd.

One of the biggest exports from the Midwest, Synymata has been celebrated across multiple imprints within the Insomniac Music Group network, including previous stints for NIGHTMODE, Gud Vibrations, SLANDER’s Heaven Sent. He debuted on Lost In Dreams with Medyk earlier in the year via their single “Hate To Be.” Less than two months later, he continued the conversation with his follow-up effort “Army Of Angels” with ANDY KAUTZ and Elle Vee.

Casey Cook may be a Lost In Dreams debutante, but her commanding voice and melancholic spirit makes for the perfect fit with the label’s overarching vision. In fact, she’s already held court with a few familiar faces from the imprint, lending her talents on “Your Gravity” with N3WPORT, and “Sad Reality” in conjunction with LID’s most recent addition Codeko.

Danny Olson and Synymata’s new single “Lose It all,” featuring Casey Cook, is available on all platforms via Lost In Dreams Records.