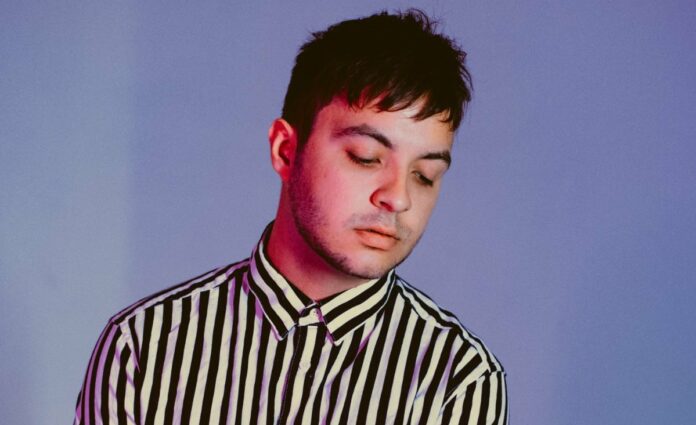 Californian bass music producer sumthin sumthin is hitting his stride on his latest single, “Run The Track,” a hotfooted freeform track serving as his fourth single on the Bassrush Records imprint.

Running laps around the competition is light work for sumthin sumthin. The SoCal-based producer has the creative stamina to host full-on marathons in the studio, and the proof is in his unstoppable output.

After assaulting the senses with a string of singles for the Bassrush crew, the low-end mischief-maker is sharing a little leftfield nugget whose sole purpose was to wreak havoc on the dancefloor. Fulfilling every bit of that very intention (and then some), “Run The Track” is an instant festival favorite.

The first few steps it takes plays out in an unassuming fashion, with swampy samples and chirping cricket sounds that conjure the feeling of trekking through the mud on a mission to make it to the other side of the map at an open-air festival. Braving the elements is a small price to pay for the reward being offered on this sonic journey, building from a subtle wobble and bounce into a filthy, oscillating groove that has all the right ingredients to take patrons across the finish line.

On his newest single, sumthin sumthin shares: “It’s 3am, somewhere. You just slapped a wine bag with maybe one or two sips left in it. A rogue wizard appears (respectfully) with a certain quest.

Should you choose to embark on this quest, it may very well lead you and your last three brain cells to a mythical stack of handmade speakers with no end to the low-end. You have reached your destination, where a devastatingly catchy yet haunting song emerges from the distant haze of dirt and smoke. This is that song.”

In case there’s any doubt, the man is speaking straight from experience. His new single has been the soundtrack to many late-night shenanigans of late, holding its own weight as he bounces around the country on select tour stops for Kaivon and INZO, respectively.

Sprinkled in-between all that action are a few of his own headline shows alongside the like-minded LYNY. “Run The Track” is already faring extremely well at proper venues in North America, and it will only take on a whole new life once the next festival season laces up its shoes and gets to feel the wrath of sumthin sumthin’s newest face-melter.

sumthin sumthin’s new single “Run The Track” is available on all platforms via Bassrush Records.