Prince Woods Presents New Single “How Does It Feel?” 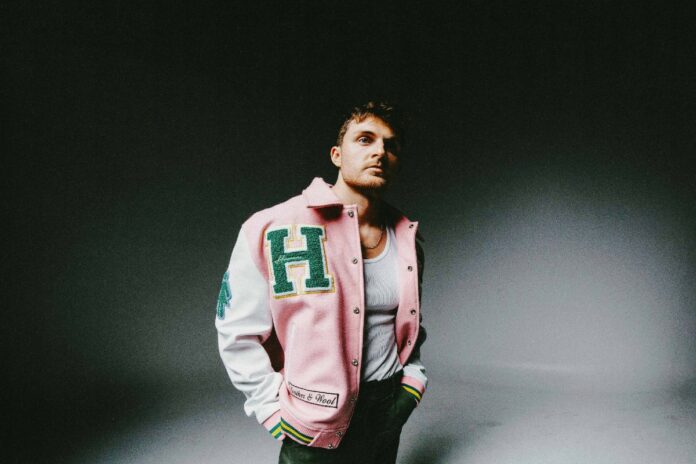 Continuing to showcase his eclectic sound design, Prince Woods releases the newest single in his stream of releases titled “How Does It Feel?”

After years of taking on various adaptations, the track has finally come to completion. The release illuminates the musical style of Prince Woods moving forward, which is high energy pop-punk with an electronic synth touch.

“Really wanted to hear more of a rap verse on this song and my friend Nate (hip hop producer goes by 10fifty) had the perfect sound for it. He originally sent me his verse way back in 2017 and I’ve been sitting on the project for years. It’s been through many iterations since then and I couldn’t be happier with how it turned out.”
Prince Woods

Following the release of his well-received single “Butterly” a few weeks ago, “How Does It Feel?” is a breath of fresh air. The LA-native’s newest perfectly entangles electronic sound design, punk, and hip hop elements for a fusion of unique styles that Prince Woods is quickly staking as his own. The emerging producer engages with his ability to mesh various styles of music into an energy packed track that delivers something for fans of all genres.

Along with other tracks that have been released from the artist this year, “How Does It Feel?” brings about a reminiscent sound that many electronic music followers have known and loved for years.

With its bright and upbeat complexity of sound enriched with angsty lover-boy lyrical content, Prince Woods presents his palette of artistic range. Having found a new rush of creative inspiration, the artist has been supplying followers with a taste of the future of Prince Woods in all his glory.

With a whopping 75,000+ followers on his streaming platforms, Prince Woods clearly knows how to engage a crowd. As he continues to release tracks centered around his very own written creations and voice, the artist is eager to share all that’s to come for his project.

Expressing his bad ass punk boy style mixed with his heartfelt stories within his lyrics, we just can’t get enough of this Indiana kid turned California sweetheart.