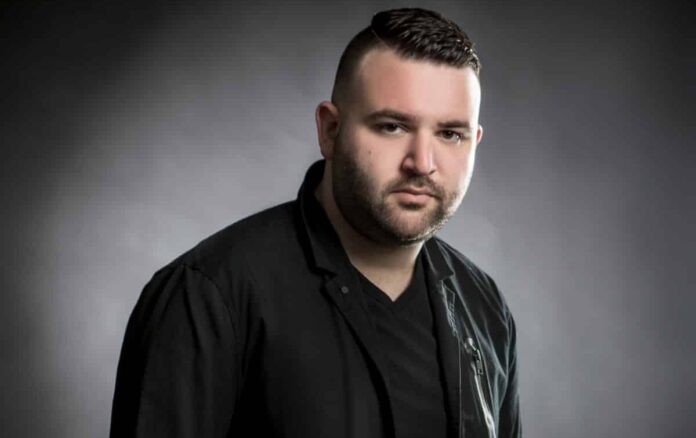 Tensteps is a proficient DJ and music producer that has achieved important milestones so far.

Even though this is just the beginning of his music career, his music has already received the support from VIP names like Armin Van Buuren, MaRLo, Ferry Corsten and Jeffrey Sutorius.

Alongside his remarkable productions, he’s collaborated with names like Andrew Rayel and Standerwick on tracks that have displayed his skills and sound, while putting his name high on the list of artists to follow.

And while the future shines bright for this talented artist, we invited him to talk to us more about his background, achievements and influences.

Tensteps – Things are great! It’s that time of year where I’m simultaneously winding down from a productive year and gearing up for another one, haha. I’ve just had my final release of the year, a remix for Jeffrey Sutorius and Haliene’s track “Kings” that I’m super proud of, and that’s been a great way to cap off 2022. Now, I can focus on all of the 2023 releases that are coming!

T.H.E – Can you tell us more about yourself? where are you from, what do you do?

Tensteps – I live in Las Vegas now. I moved here in 2021 from New Jersey where I lived basically all my life and absolutely love it here. Sure as hell beats winters on the east coast! As for what I do, I make music that I think is dope! And sometimes, I get to play that music in real life for dope people in dope places.

T.H.E – How were you first introduced to music? How did you know this is what you wanted to do?

Tensteps – I’ve been playing music literally forever. I picked up piano around age 3 or 4, took piano lessons for a while as a kid, and eventually taught myself guitar, bass, and drums too. I started singing around the same time but didn’t do it seriously until around 14 when I started playing in local bands. I was a metalhead back then so I was doing both singing and screaming, which eventually led to me being the front man for a post-Hardcore band.

That band played a festival in Jersey that Skrillex happened to be playing, and that was my first real exposure to modern Electronic Dance music (I’d done open format DJing a few years prior but hadn’t really taken an interest in dance music yet). I started to learn production and eventually that gave way to starting my first electronic projects.

T.H.E – Who are your biggest musical influences?

Tensteps – There’s tons across the spectrum. On the Dance side, I’m a massive Illenium fan. His ability to convey emotion in music is virtually unmatched. Andrew Rayel and Seven Lions would also be pretty high up on that list.

Outside of dance, I listen to a lot of Country music so people like Chase Rice, Granger Smith, and Russell Dickerson would definitely make the list, and of course my Rock side would include bands like A Day To Remember, Silverstein, and Motionless In White. All of those artists have qualities that influence how I make music, whether in the production or songwriting aspects.

T.H.E – How would you describe your sound?

Tensteps – I’m mainly known for being an uplifting Trance producer, but I think you’re going to see in the not-too-distant future that there’s more to Tensteps than that. The artists I mentioned as influences should give you an idea of some of what might be coming down the road.

T.H.E – What would you say is your biggest achievement so far?

Tensteps – Hitting #20 on the A State Of Trance Tune Of The Year list for 2021 with “Carry You Home”. That was really unexpected and made me realize how much of an impact my music can have on people.

That track was released at the beginning of the year, and it was still stuck in enough people’s minds at the end of the year to make it that high up on the list (with absolutely zero promotion from me or Andrew Rayel for voting, we never asked anyone to vote for it at all), so that was awesome.

T.H.E – Which track from your releases would you suggest someone listen to first?

Tensteps – “The Way We Fall Apart” and “Carry You Home” are probably the two most quintessential Tensteps songs, so to speak. Amazing vocals, super memorable melodies, really clean production, and tons of emotion. Those are all the things I strive for in every record I make, but they’re especially exemplified in those two.

Tensteps – I’m a big Warzone player, so most nights after I’m done in the studio, you’ll find me playing. I’m also always down for trying new restaurants, which is easy for me since I live in Las Vegas now and there’s always amazing new places opening.

T.H.E – What’s in store for Tensteps in the coming months?

Tensteps – New music in the first quarter of 2023, and perhaps an announcement about something very cool happening that year as well. I can’t say much yet, but keep an eye on my socials or join my Discord to find out first when it happens!