How Music Is Harnessed By The Gaming Industry 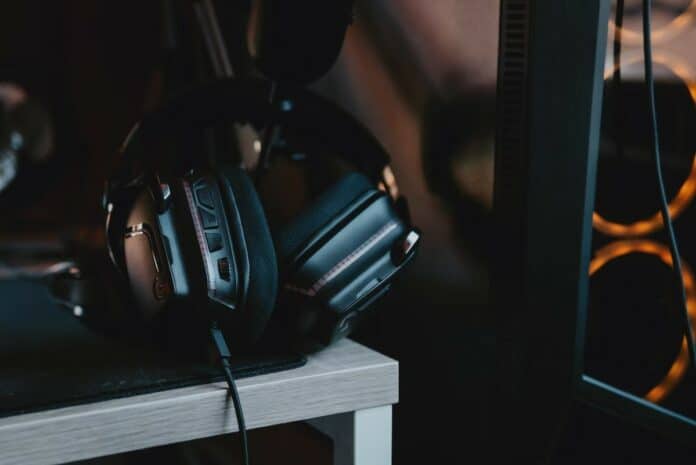 It would be easy to think that everyone has become a gamer in recent years.

We’ve gone from it being a niche hobby to something that’s enjoyed by a much wider group of people. This is thanks to the much more diverse range of content available today.

The popularity has been boosted even more by casinos like 32Red that have been offering bonuses to new patrons when they sign up and make their first deposit.

These casino games, in particular, are great examples of how diverse gaming has now become. Instead of just a handful of table games and a similar number of slot machines, as was typical in many land-based casinos just a couple of decades ago, modern iGaming brands have developed thousands of unique games for their players to enjoy.

Each one is usually given an individual theme and is used to tell a story. Matching graphics, animations, and sounds are thrown in to bring this theming to life. This isn’t an exaggeration either, you can find slot games themed around everything including idioms like “in the dog house”, Ancient Egypt, space, NFTs, movies, and even famous musicians.

For example, Elvis Presley, KISS, Motörhead, Jimi Hendrix, and Guns N’ Roses all have their own officially-licensed slot games that include iconic tracks and imagery that relates to their careers.

This is, however, just one of the many ways that music has been incorporated into games and it is, by no means, exclusive to video slots.

Instead, music has been harnessed for many different purposes in games to augment the interactive multimedia experience.

In the earliest video games, such as Pong, music was not included. Today, this absence is very noticeable if you play the original version because you are faced with silence that’s interrupted by the occasional beep.

This wasn’t because the developers of the original video games didn’t think to include a more complex audio element to their work, it was simply because the hardware at the time could not support any more than a few beeps.

This quickly changed and most games throughout the 1980s had iconic 8-bit MIDI music. You can instantly recognise this by its tuneful beeping sounds which were made popular by games like Super Mario Bros., Punch-Out!!, The Legend of Zelda, and Castlevania.

But, in almost every case, the soundtracks to these games were not just slapped in because they sounded cool. A lot of thought and effort went into creating them.

More often than not, the polyphonic musical notes were altered to set the tone of the game, both to distinguish the entire title from others on the market and also to create distinct sections within the game itself.

One great example of this can be seen in Super Mario Land 2: 6 Golden Coins for the original Game Boy. The side-scrolling platformer was split into six separate zones, each with a unique theme, such as the Tree Zone, Space Zone, Pumpkin Zone, and Turtle Zone.

As Mario worked his way through each of them, the changing music helped to set the scene, with the Turtle Zone having tunes that sounded aquatic in nature while the Pumpkin Zone had a more ‘Halloween’ quality. 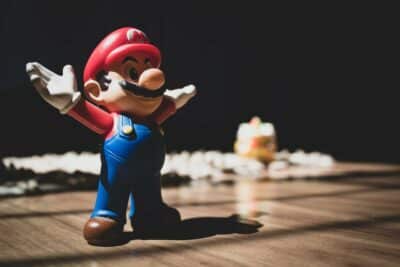 While there is little realism to be achieved from a game that features a moustachioed plumber protagonist who spends his time jumping on turtles, eating mushrooms, and headbutting solid boxes; there are games that seek to blur the lines between real life and video games.

There are different ways of achieving this, such as creating graphics that, at first glance, appear to be lifted from the real world, or by creating an open-world map where players have more freedom to explore.

Today, Grand Theft Auto is a game that does both. The graphics served up by GTA V look incredible, especially on the most up-to-date hardware. However, this wasn’t always the case.

In early releases of the game, the developers were pushing the hardware so hard with their attempts to create living, breathing cities, they had little room for graphics. Instead, they opted to include a 2D top-down view that felt strange at first but gave the player a better perspective.

One of the features its developers included to create the perception of a living world was to give players access to a number of fictional radio stations. Instead of the constant background music that can usually be found in most video games, players would only be able to listen to tunes while inside a vehicle.

And instead of just one set playlist, they could choose a from a selection of them, each interspersed with periods of talking from a supposed DJ. This mimicked radio stations in a car, with the action of picking a playlist designed to resemble the action of changing the dial in your car.

Over time, Rockstar Games has evolved this approach to add in era-specific songs that help to reflect the 1980s, 1990s, or modern day in their productions.

Most people play video games to relax, but that doesn’t mean there aren’t tense moments in the titles that they play. In fact, it is this tension that helps to made them fun and exciting as it usually forms part of the challenge that players are faced with.

Developers often use music as part of their efforts to create tension and there are several common ways to do it, though they all involve either speeding up the backing track or simply replacing it altogether.

In most Mario games, the background music is increased in pitch and tempo as the timer edges closer to running in platformers out or the player begins the last lap of a race in the Mario Kart series.

In the Driver series, the music would change whenever the player attracted the attention of the police. The original game was inspired by Hollywood car chases and this can be felt through the choice of tension-raising music with its high tempo and heavy beat whenever a police pursuit was in progress.

Horror games like Until Dawn, The Witcher, and Dead Space all use music to create tension by taking lessons from horror movies. Their music may not be as fast as Mario or Driver, but it certainly gets your heart rate up.