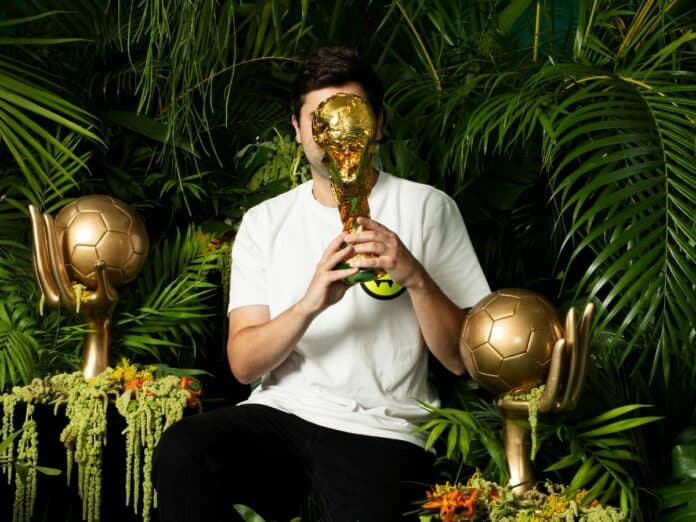 BLVD. gets the honor of debuting his second album, “Globo” especially for the World Cup in Qatar this and next month, the world’s biggest sporting event.

Featuring tracks with global influences to represent BLVD. himself’s appreciation for football/soccer and the amalgamation of nations at this year’s cup, “Globo” is a sonic journey full of dancefloor-friendly and pop-oriented tunes to rock on the field and off.

The album starts off strong with the Latin, booty-shaking “Barra Barra” with El Tuox and progresses to encompass tracks like the Afro-Caribbean-inspired “Feel The Love” for easy listening, to the upbeat melodies of “Take It Home” with Hadar Adora and “House Divided,” featuring Otis Kane & Kiddo A.I., and the inspiring notes of “Giants” with Marquise Fair.

Fans can look forward to hearing all songs from the album throughout the entire World Cup tournament between Nov 20 and Dec 18. It also features some of today’s hottest artists, such as Guaynaa, R. City, Dylan Fuentes, & more.

It will be played at the stadiums throughout the tournament that spans from November 20th – December 18th. Read on for what BLVD. had to say about this exciting project:

“I am releasing my second album titled “GLOBO” which is entirely focused on the upcoming football/soccer World Cup that will be held in Qatar this November. The inspiration behind the album dates back many years. I was born in London, England, and have had a massive passion for the sport from a very young age. I’ve always liked conceptualizing my projects around communal themes such as sports. The World Cup is something that happens once every four years, and there hasn’t really been a ‘World Cup’ album made by an artist before, so I decided to take on the grand challenge of creating one. It was an unbelievably difficult project, yet extremely fulfilling and emotional. I am blessed and grateful to have worked with so much talent from around the world to give the project what it deserves. The album has vast influences from different regions such as Latin America, North America, the Middle East, Africa, Europe, & Asia. I hope that this album connects with you and the rest of the world as it is immensely special to me!” – BLVD.