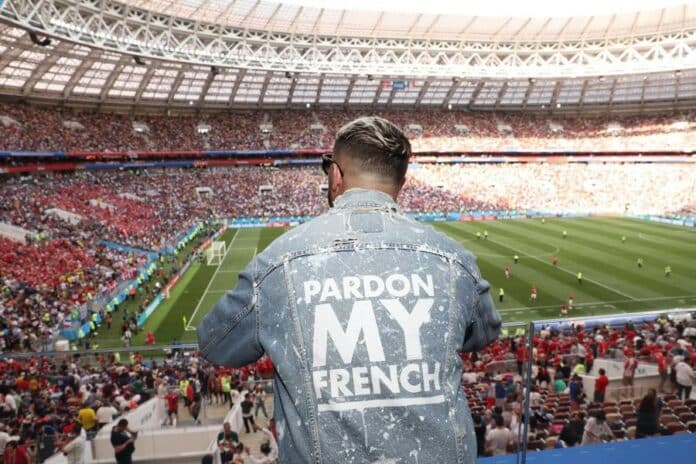 Straight off the mainstage into the studio! An unexpected panelist joined the Jio Cinemas studio during the coverage of the France VS Denmark World Cup clash earlier today.

Right after his power packed performance at the Sunburn Arena event happening in Mumbai, Snake joined the panel of pundits to analyze the France vs Denmark game and show his support for the French team which ended up winning!

In the company of panelists like Wayne Rooney, Anant Tyagi and Robert Piers, DJ Snake showed his relentless support for his national team (France) and discussed their performance as they went on to become the first defending champions to avoid elimination in the group stage since Brazil in 2006!

Winning the game 2-1 to Denmark, France have advanced to the knockout stage of the 2022 FIFA World Cup in Qatar.