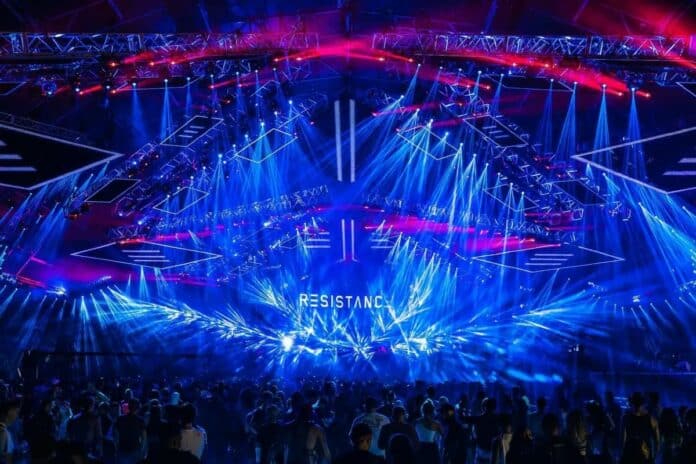 Touted and rightly so as the most international house and techno festival brand, Ultra’s underground concept, RESISTANCE, boasts of active events on all six inhabited continents.

Since its inception in 2015, RESISTANCE has grown from programming stages at Ultra events in 35 cities internationally, to organizing tours across Latin America.

They announced earlier today that the very first US Club Residency will be coming home to Miami in 2023 at the newly opened Miami nightlife hotspot, M2. While this isn’t the first time RESISTANCE has debuted a club residency, it is the first within the United States.

Back in 2017, the first ever residency kicked off in Ibiza at the world’s largest nightclub Privilege. Just one year in, RESISTANCE Ibiza was awarded the coveted title of ‘Best Ibiza Night 2018’ by DJ Awards in its sophomore season.

RESISTANCE Miami will showcase the world’s most in-demand house and techno talent at M2, the newly-minted nightclub in the heart of the Art Deco District which was previously home to Mansion. Across two cavernous floors, M2 will transport RESISTANCE’s signature, stadium-smashing production to a more intimate, sultry club atmosphere. In addition to booking some of the most sought-after underground acts, RESISTANCE promises to curate an elevated nightlife experience for both VIP guests and dance floor denizens.

Earlier this month, Ultra also announced phase 1 of their coveted RESISTANCE lineup for Ultra Miami ‘23 featuring the whos who of the scene like Adam Beyer, Cirez D, Carl Cox, Tale Of Us and many more.