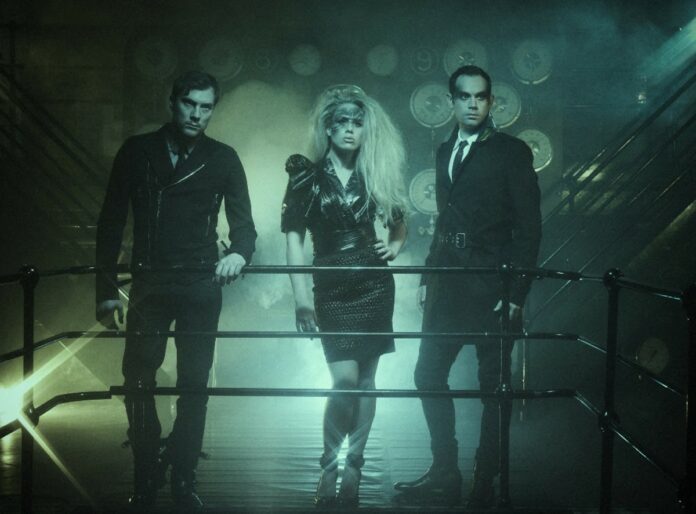 Originally teased in RL Grime’s Halloween XI mix, the track marks a highly-anticipated visible return for NERO, who recently performed their first live show as a trio in 5 years at Red Rocks opening for deadmau5 on his ‘We Are Friends’ tour.

NERO are a three piece band from London, consisting of producers Daniel Stephens, Joseph Ray, and vocalist Alana Watson. Their number one debut album Welcome Reality went platinum in 2011, alongside winning a Grammy for single ‘Promises’. Their second studio album Between II Worlds was released in 2015. NERO have worked with Baz Luhrmann on the soundtrack for The Great Gatsby, as well as massive artists Muse and Skrillex. The first of its kind, they made history by performing a Dubstep Symphony with the BBC Philharmonic Orchestra broadcast live on Radio 1.

RL Grime first came to prominence as a New York-based teenager delivering monster, viral remixes of Chief Keef’s “Love Sosa” and Kanye West’s “Mercy.” He established himself as a unique artist in his space with a striking monochromatic aesthetic, a series of animated music videos, and an annual Halloween mix series.

After solidifying his fanbase with a few highly-regarded EPs, RL Grime independently released his first studio album, VOID, in 2014. In late 2017, he emerged with “Era,” a tour-de-force single whose epic, cinematic sound announced a new era and an accompanying album: NOVA.

Most recently, he’s gone on to establish his own record label called Sable Valley, serving as a platform to not only release his own music, but highlight emerging talent that he believes in and allow up-and-coming artists to share their artistic voice with the world on their terms.