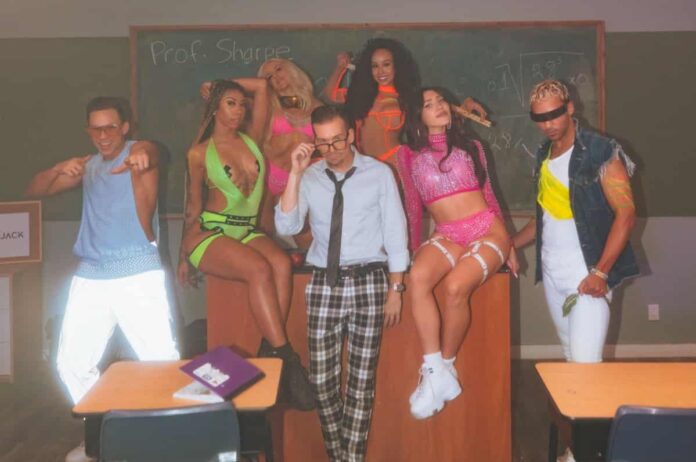 Damon Sharpe returns with his much anticipated new single titled, “Naughty Girl” off of his label imprint, Brainjack Music.

“Naughty Girl” sees Damon Sharpe pay homage to Beyonce’s classic hit with a house rendition featuring the talented Tima Dee on vocals. In just two weeks, “Naughty Girl” has close to 100K plays with support from the likes of Afrojack and BPM radio.

Damon Sharpe has been making waves for years now and now he returns with his ninth release of the year. As a GRAMMY & ASCAP award-winning producer, songwriter, DJ & recording artist, the dynamic creative has worked alongside the likes of Jennifer Lopez, Ariana Grande, Pitbull, Kelly Rowland, and Alesso just to name a few.

With “Naughty Girl,” Damon shows off his impressive production skills with the infectious, “Naughty Girl.” Filled with hypnotic bass, pulsating drums and signature synths, the tune will have the listener unleashing their naughty side with every play. In addition to the single, Damon Sharpe has released a sexy and fun music video starring himself. The music video takes place in a school classroom with Damon Sharpe starring as a teacher in a room of students.

As the music starts, the students and Damon break loose and rage and shuffle to the music. The music video is directed by Eli Sokhn and stars a number of known shufflers including Cici Stamper, Janeeva Pettway, Adrian “The Suited Shuffler” Campos, Lexi Tonniges and Joseph Szekula.