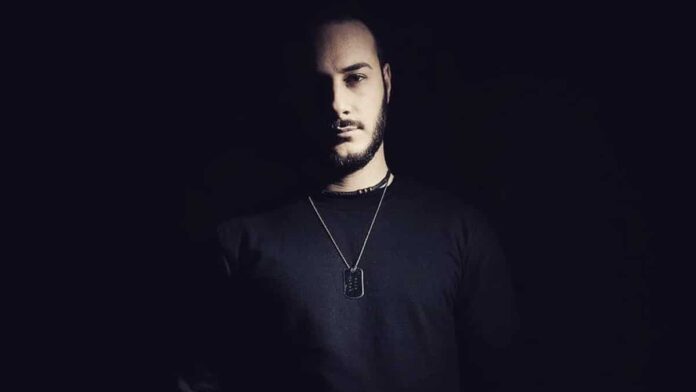 Terminal M is the fabled stable from Germany’s Monika Kruse who is a world-renowned artist and veteran DJ with a career spanning over 25 years.

Her ear for a floor-rattling tune and seemingly relentless gig schedule is a perfect storm for making memorable moments for clubbers to discover the mightiest new techno around. The label is known for featuring tracks and remixes by Carl Cox, UMEK, Adam Beyer, Oxia, Spartaque and many more.

Rome’s Sisko Electrofanatik has been on a trailblazing run of form with his productions landing on influential labels like Markantonio’s AnalyticTrail, Cosmic Boys’ Legend and Sasha Carassi’s Phobiq to name only a few.

His new EP on Terminal M is titled “Ametista” and the title track is a powerful and electrified floor weapon.

Stabbing synths and swirling tones build forcible tension before the huge break and climactic drama of the main drop. Screeching, rave-inspired rips engulf the second half and create an energy-fuelled finale.

Sweden’s Tiger Stripes is an iconic addition to the package who has appeared on Adam Beyer’s Drumcode and Truesoul, to Dense & Pika’s Kneaded Pains, including many other high calibre labels. He adds more percussion layers with a tight, rolling rhythm, using hypnotic elements and bursting bass swells to devastating effect. Teasing his transformed hook early on, it’s the breakbeat in the epic breakdown that proves his standing as a top tier producer.

The second original track “Solar Rock” is a pulsing and menacing jam that reveals its true capacity in the break as the synth pattern ramps up the level of euphoria with a ferocious, dynamic and conquering vibe.

Showing the depth of Sisko’s creative skills in all their glory, this EP is as expected for Monika Kruse’s fine taste, a slice of gratifying modern techno at its best.