What Music Do Happy People Listen To? 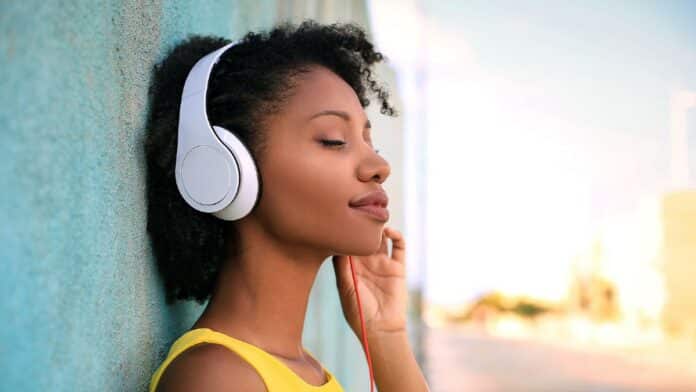 The importance of music has been studied in great depth by musicologists and a wide scope of different academic studies.

Whilst thousands of studies have been conducted over the last few decades, several studies looked at the effect of music on other animals, such as man’s best friend.

The term “happy people” may initially come across as quite vague. You may think of the song Shiny Happy People by R.E.M., which we are sure is quite popular with the happier people amongst us. However, we will examine the type of music that people who are happier and more content listen to and see if there’s any correlation between what we listen to and our general mood.

Whilst opera and jazz may be two of the most popular genres that help improve mood, there is also a correlation with the type of audience they attract. Whilst anyone can enjoy these genres, the most prominent demographic tends to be people aged over 50.

It remains to be seen whether or not this demographic is the happiest. Still, the elder generation who frequent jazz concerts and the opera theatre will likely be more content than a younger demographic who attend angsty metal concerts. This may sound like a generalization, but when statistics and studies are backing this up, it looks like opera and jazz may offer a suitable avenue for the more content and happier members of our society.

Scientists have shown that dancing improves your mood and mental health. Dance music is a genre that has multiple subcategories within it, including E.D.M., house music, and clubland classics. There are also other genres that people dance to, such as tango and flamenco music.

Opera and jazz seem to be the genres that happier people prefer. There are plenty of individual hits that get people into a great mood. Depending on the time of year and where you are in the world, plenty of people will be extremely happy to hear Christmas songs.

The idea that happy people only listen to one type of song, artist, or genre doesn’t account for the scope of music that you can access in today’s society. Popular hits also include karaoke favorites and classic hits from some of the biggest artists of all time.

How People Listen to Music in Modern Society

The way people consume music has completely changed since the Internet created a platform where it could be listened to and shared more freely. Music was primarily listened to on the radio and via vinyl records 50 years ago. As technology increased, cassette tapes and CDs became less popular.

Despite the resurgence of vinyl records in the 21st Century, the vast majority of music listeners access their chosen tracks via the Internet. Whether on a streaming platform or websites such as YouTube, CDs are less popular than they were 20 years ago.

There have been positives and negatives associated with this trend. Firstly, artists get small amounts of royalties from plays on streaming services, which has been openly discussed in multiple news reports. However, some music streaming services have responded to this criticism by stating that they have paid billions of dollars in royalties.

This increase in availability and accessibility has resulted in people exploring genres and artists that they may otherwise have never encountered. For instance, it would have been much more difficult to listen to a specific jazz artist in the 1970s than it is now. In today’s day and age, and thanks to modern technology, you can scour the Internet instantly to find out as much information about the artist and their discography as possible.

With hundreds of genres to choose from and billions of people worldwide, it can be hard to whittle down the exact type of music that happy people listen to. In other parts of the world, music is different from the mainstream artists that you will come across in the United Kingdom and the United States, for instance.