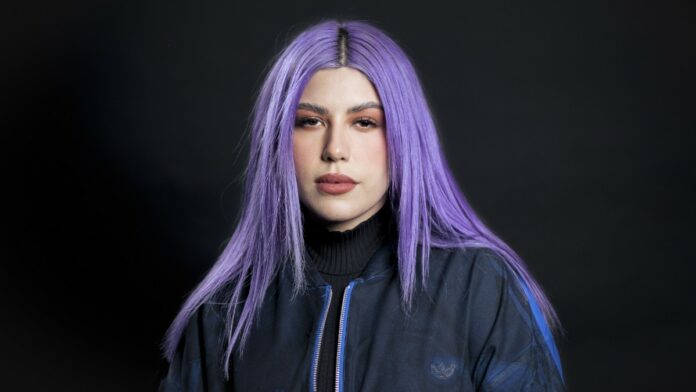 Rising DJ and producer Jessica Audiffred returns to the release radar after a wildly successful 2022 saw the bass queen drop a handful of original productions, as well as embark on her gargantuan 40-date ‘Ryoko’ North American tour, packing out venues and selling out several shows across the country.

Ending the year with a bang, Jessica Audiffred has teamed up with dubstep kingpin Excision for another sonic offering that oozes with soul-rendering bass sounds, their single ‘Rise’ featuring live-vocalist Leah Culver.

A long-time confidante and an avid supporter of Audiffred’s original productions, as well as including her in lineups for iconic festivals including Lost Lands and Bass Canyon, the latest from the pair marks the first time Excision and Audiffred have teamed up for an official collaboration. Finding a home on Excision’s very own imprint, Subsidia Records, ‘Rise’ is out now and available to stream across all platforms.

Kicking off with delicate instrumentation and a textured string-riff, perfectly paired alongside an alluringly seductive vocal cut, the stunning tune instantly envelopes the ears, cascading into an intensely captivating production.

Excision and Jessica Audiffred tapped Leah Culver for lyrical duty, best known for lending her vocal talent to the likes of Marshmello, Adventure Club, Liquid Stranger, and many more. Culver’s airy vocals take the focal point as a rising tension is slowly built before unleashing in full force, a barrage of hefty, soul-rendering bass and stabbing, glitch-like elements.

“Being able to collaborate on a song with Jeff (Excision) is really special to me, as he has been one of my earliest supporters dating back to when he invited me on stage for a B2B at Bass Canyon 2019. Since then, I’ve always wanted to produce a song with him. It is an honor to work with such talented artists like Leah and Jeff in making this record. The track itself is so special with the live guitars and an incredibly powerful and meaningful message within the lyrics. I can’t wait for the world to hear it!” – Jessica Audiffred

“This was a fun one to work on! Jess and Leah are both powerhouse talents. Hope all the Headbangers enjoy it!” – Excision

Hailing from Mexico City, Jessica Audiffred has taken the bass and trap scene in North America by storm, releasing on some of the genre’s most coveted labels including Bassrush, Funtcase’s DPMO, Flux Pavillion’s Circus Records, as well as gracing the stages of legendary festivals including EDC Las Vegas, Beyond Wonderland, Lost Lands, and more.

A long time supporter of her music, Excision has included her tracks in his live sets several times, including her unofficial remix of his very own explosive collaboration ‘Africa’ with Dion Timmer.

As the year comes to a close, her latest endeavor on Subsidia marks another milestone in Audiffred’s career, being the first official collaboration she has released with the king of dubstep himself, a highly impressive feat that further solidifies Audiffred position as a force to be reckoned with in the electronic dance space.

An inimitable shining star within the bass and dubstep music scene, the reign of Jessica Audiffred is only just beginning, as she gears up for two high-profile collaborations underway, one with Adventure Club and one with DJ Diesel.

Offering another premier example of her subsonic sound design, ‘Rise’ is an alluring coup de maître of sound, offering listeners a taste of what to expect from Jessica Audiffred as she prepares to drop a handful of explosive productions later this month.