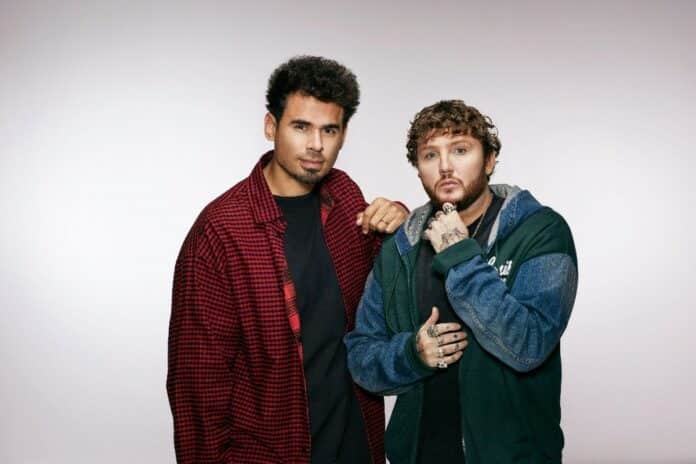 Global chart topper and quintessential figure of the dance music movement Nicky Romero, known for his electric house tracks “Toulouse” and “I Could Be the One” with Avicii, has just released a remix of GRAMMY Award-winning producer and dance music icon Afrojack and multi-Platinum selling English singer-songwriter James Arthur’s dance pop single “Lose You.”

The euphoric Progressive House edit is available now on all DSPs and streaming services HERE.

It’s no secret that Afrojack and Nicky Romero have an amazing synergy when they work with each other. WIth a long history of remixing each other’s work, including Romero’s remixes of Afrojack’s “One More Day” and “Hero,” and Afrojack’s interpretations of Nicky’s “Okay” and “Rise,” they’ve left their mark on each other’s careers in notable ways.

Their collective histories culminated with the release of their first-ever collaboration in October, “Back To Where We Started;” a banger of a track that has elements of Big Room and Progressive House. With this symbiosis between them, this Nicky Romero remix of ‘Lose You’ is what the fans were waiting for and its safe to say that expectations were met!

Romero integrated the sound and vocal of the track seamlessly and gave his own Progressive House spin on it, creating a remix that is a perfect fit for the upcoming festival season next year. As listeners begin to elevate with the emotional lyrics of James Arthur flawlessly fading into a euphoric drop, the tune is sure to sweep you off your feet!

“After Afrojack and I released our track “Back To Where We Started” in October as part of our 2 = 1 set, I got a demo of his upcoming single “Lose You” with James Arthur. I immediately felt this could really work in a more uptempo and club record with these great vocals, I played this for the first time at AMF with Afrojack and the crowd loved it!” – Nicky Romero

Afrojack recently wrapped up his “Jack To The Future Tour,” featuring support from Cesqeaux, Black V Neck & Chico Rose. The tour rounds out a stellar 2022 for Afrojack, which kicked off with his fourth GRAMMY nomination, this time for Best Dance/Electronic Recording for his inspiring dance pop crossover Summer song “Hero,” with longtime friend David Guetta.

From that moment onwards, the year has continued to go from success to success with him signing his new venture with Universal Music Group and releasing the first single of the new partnership, “Day N Night” with Black V Neck and Muni Long.

Known for his soulful, indie-folk sound centered on ballads of love and loss, James Arthur rose to prominence after winning the ninth series of The X Factor. His debut single, a cover of Shontelle’s “Impossible,” was released after the final, and debuted at number one on the UK Singles Chart.

Since then, it has gone on to sell over 2.5 million copies worldwide, making it the most successful winner’s single in the show’s history. Arthur’s other chart-topping tracks include “Say You Won’t Let Go,” “Naked,” and “Rewrite The Stars” with Anne-Marie [from The Greatest Showman: Reimagined], which have over 5 billion combined streams across platforms.

While showcasing his label’s roster via his weekly Protocol Radio show, Nicky Romero continues to innovate and evolve, and with his annual “Nicky Romero & Friends” event at ADE; a showcase and launch of his Monocule alter-ego, as he keeps proving his ability to turn everything he touches into gold.