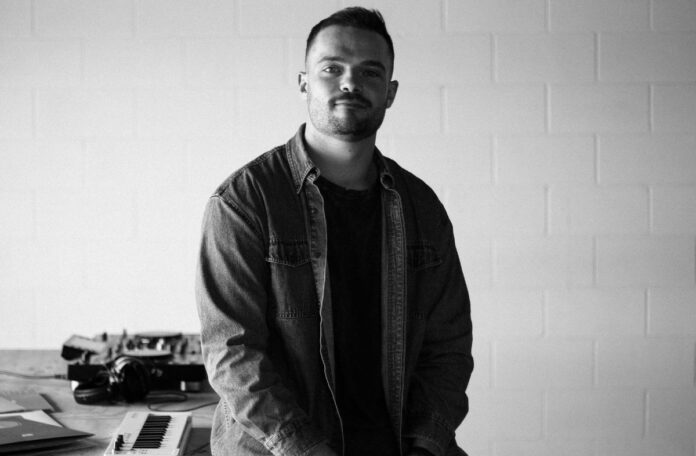 NIGHTMODE turns on cruise control as they roll up with their new ‘NIGHT DRIVE’ compilation, a 10-track joy ride through moody and melodic jams of different varieties as part of the label’s ninth season of releases.

Few things in life are more cathartic than late-night car rides. There’s something uniquely liberating about being behind the wheel on an open stretch of highway with nothing but a few quality tunes to help put one’s worries in the rear-view mirror.

NIGHTMODE intends to capture the magic when the rubber hits the road on their latest offering, which finds them assembling a collection of soothing, soul-stirring tracks to fuel the journey. With a stellar crew in the cockpit, this new concept album is shining its headlights on the freshest sounds from liquid drum & bass, melodic house, progressive and beyond.

Experimental pop duo STAR SEED and New York-based brother-sister outfit Fancy Monster set the pace with the lead single. “Bleeding Out” is a melodic masterpiece that empties out its arteries with a heartbroken soul caught in the fallout of a failed relationship. The seething pain feels visceral amongst the track’s ethereal analog melodies, shimmering pads, and dark, somber undertones.

“When Willis sent us the initial idea for the song, we instantly loved it. We both added a bunch of elements from our home studios using hardware synths and drum machines. When we began working on the vocals for this song, it really came to life.”–STAR SEED

“After touring with STARSEED and seeing the artistic overlap potential between our styles of writing, we knew that we wanted to make something different together.” – Fancy Monster

Dallas native Isenberg is a true purveyor of basslines, whether he’s honing his skills in the garage and house genres or letting them flow freely into drum & bass. “Europa” finds him exploring the latter, resulting in a dreamy liquid offering imbued with soft saxophone riffs, fluttering hydraulics, and a never-ending sense of reassurance.

Slowpalace has been erecting a temple of emotion-heavy dance tracks of all shapes and sizes. He debuted on the label last year with his hazy house single “Blurred,” and his follow-up appearance serves as a continuation. Delving deeper down the progressive house rabbit hole, “No Words” unfurls itself stunningly through brooding synths, shuffling drums and bright arpeggiations that handle most of the talking.

“‘No Words’ carries on the spirit of ‘Blurred,’ almost like a part 2. This song shows the more progressive side of my sound, which I love but find challenging to convey, sometimes. This song hits that target perfectly and I couldn’t be more happy to have it released on NIGHTMODE. Shoutout to the team for having me back on this compilation with so many amazing artists.” – Slowpalace

French house twosome SQWAD tackles a new kind of groove with their creation, teaming up with fellow countryman and anonymous drum & bass producer Bacon. “Dream” is a low-key roller with a lot to offer, working around a smooth vocal hook, soulful piano chords and nimble, rapid-fire melodic flourishes.

Rad Cat is another returning force from the label. The Mexican American producer previously announced he would be returning to his house roots via his two-tracker ‘One For Me / Think About Me’ earlier in the year, and he’s doubling down on that decision here. “Home” is a future house-leaning construction that is deceptively upbeat, with lofty synth progressions and wistful keys that crescendo into a wrecking ball of trap-infused beats to bring the house down.

Canadian producer Paul Edwards is bidding farewell to his former Wildfire project with the inaugural release under his newfound moniker. “Save Me” is an incredible introduction, a melodic house cut that reaches out for help with its retro synths, clanking leads and helpless vocal hook.

“I first started this idea in March of 2020—shortly after the pandemic had flipped the world on its head. While living in isolation in Toronto, adding in the vocal sample, “Save Me,” seemed fitting at the time. After a few months, the idea solidified into a melodic house groove. As the first track off my new project, I couldn’t be more thrilled to be releasing it on NIGHTMODE.” – Paul Edwards

Coming out of Salt Lake City, Audioscribe has quickly established himself as one of the forerunners of drum & bass in North America. On “Aegis,” he lives up to the buzz by floating along his signature dreamy soundscapes with liquid funk forged from the heavens above. Haunting vocalizations, swirling pads, and swelling key phrases ride a syncopated beat woven from a web of intricate drum patterns that ebb and flow to seemingly no end.

“Ever since I was a kid, I’ve always loved going on late-night drives and just listening to moody music. Looking up from the passenger windows at the night sky or across the valley’s sea of lights. Those images have stayed with me and shaped this song into what it is: a moody liquid d&b track filled with wonder.” – Audioscribe

Bosquet is the brainchild of Ahrya Far, a Los Angeles-based artist who splintered off from the duo Pixel Terror to chase his calling over in experimental pop, hip-hop and dance. “Transport” is otherworldly and thought-provoking. Gliding into the electronica category, the track gets its moving powers from throbbing bass plucks, woozy wind melodies and high-pitched vocal reverberations that sprawl themselves into oblivion.

Parisian progressive phenom Hidden Face is an authority on late-night moods. He’s been building up a wealth of melodic-driven tracks, and his newest bit is dark and mysterious in all the right ways. “Anunnaki” feels like it’s intercepting a signal from a desolate planet, relying on its deep groove, rotund low-end, eerie vox and sharp synth progressions to contact the outer limits.

“‘Anunnaki’ is a musical journey about mystic and dark feelings.” – Hidden Face

Finally, Ralov rounds out the package in fine form. The Russian American producer slows the tempo down to wrap up the compilation in a pensive state. “Lavinia (Where We Started)” opens with melancholic piano chords and ghost-like hums that gradually interlock with pitched-down vocals and weeping melodies that will send shivers down the spine.

‘“Lavinia’ was first started a few years ago when I was experimenting with my sister’s vocals and pitching them in ways I’ve never done before. The result was the low-pitched vocal you hear throughout the track. I added an additional vocal in the breakdown and I felt that it tied up the track quite nicely! I wanted to make this track super vibey, deep, and something that you can listen to driving at night. I’m so stoked to share ‘Lavinia’ with you all and to have this one finally released.” – Ralov