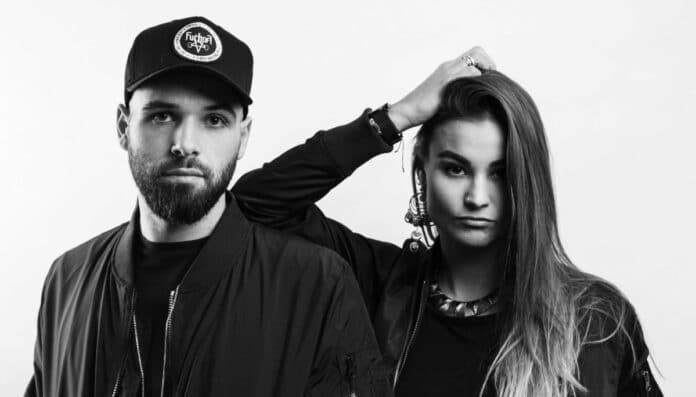 Globetrotting German techno duo The Second I have delivered their final single of the year in the shape of ‘City Lights’ – available to stream now.

Inspired the lights of Mexico, the driving techno track has a pulsing heartbeat, distorted sounds and warped bass, contrasted with a sprinkling of tinkling synths and playful notes that perfectly conjure up the feeling of a vibrant, city soundscape.

Speaking about the track, The Second I explained “City Lights was created in Puerto Vallarta, Mexico, the city which caught our heart! During the production of this song we were super energetic, motivated and in such a good mood and we put all of our emotions into it! It’s definitely a track for dancing all night long, for freaking out and loving life while listening!“

Partners not just behind the decks but in real life too, Sarah and Angelo – better known as The Second I – have been garnering attention from talent, tastemakers and fans around the world with their sounds.

With a growing fanbase across Central and South America, the German natives were encouraged to move to Mexico for a while, playing numerous shows and gaining inspiration from the music scene. Establishing their own tag #technobutdfrnt, the phrase perfectly sums up the pair’s approach to production.

Producing a finely crafted blend of melodic, progressive techno music, their journey has led them to create live shows and mixes which are comprised solely of their own tracks, setting them apart from their peers and ensuring each and every performance is unlike anything anyone else has done before.