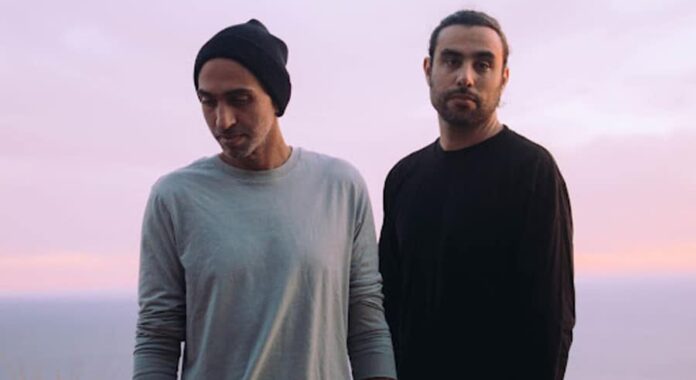 The phenomenal song is a stunning collaboration between the LA-based duo and South African-born London-based Julia Church known for her effortless ethereal tones which featured on her collaboration “Oh, Miles” with Lane 8.

Sultan + Shepard were long-time fans of Julia before this collaboration came to fruition. Making Time in their own words evokes “…a sense of longing and sadness within the lyrics that feel juxtaposed against the peaceful composition.”

Based in London by way of Durban, South Africa, singer, songwriter, and producer Julia Church grew up enamored by the sounds of trailblazers Fleetwood Mac, Joni Mitchell, and Nora Jones.

She has performed at the likes of Printworks, Electric Brixton, and Melkweg, Amsterdam.

2022 saw Julia continue to build on her impressive catalog of cuts and vocal features with more breathtaking records. She wrote and vocalled Nils Hoffman’s single ‘9 days’, teamed up with Ocula for ‘On The Run’’ and wrote / featured on records with PRAANA, Alex Preston and Goldfish.

Julia has also worked with various composers including hotly tipped musician and composer Tom Ashbrook + BAFTA and Ivor Novello award winner Rob Lane, with three of their collaborations featuring on Sky Atlantic’s ‘A Discovery Of Witches’, which she recorded live at AIR Studios.

Past collaborations include Lane 8 on ‘Oh, Miles’, South Africa’s Sun El Musician with ‘Garden’ which recently went Platinum in South Africa, Lemon & Herb, and Goldfish to name a few. Her records have surpassed over 150M streams and 500,000 monthly listeners.

“Making Time (with Julia Church)” is the follow-up to the album’s first single, “Losing Ground (with Tishmal) which was released at the tail end of 2022. Collectively, the singles offer a wide open window into what’s to come within ‘Forever, Now.’

“When we began working on ‘Forever, Now,’ the world had started to open up from the pandemic, we had begun touring again, and it felt like the great thawing of pent-up feelings and emotions were being released from us, and also all over the world. Some of these feelings were beautiful and emotional, others darker and messier. Most of this album was written during breaks between shows when we’re back in our studio but we still had this sense of energy moving, flowing, and being allowed to trickle into new places with new feelings.

Not surprisingly, a lot of the music leaned towards more joyful energy, bursting with positive emotions while most of the lyrics and vocals we had recorded with our collaborators were asking deeper questions about longing, separation, and time passing. It was a time of growth and positivity amidst general change and often chaos for the world but also for us personally.

The concept of “Forever, Now” grew out of this familiar feeling of being grounded in a place of creativity despite being in new places sonically or physically. We realized that wherever we went, there we were. Things were always moving and changing, as we ourselves were too. But through the act of being sincere in expressing our emotions, a sense of being in just the right place or hitting just the right note would often arise.”

“Making Time (with Julia Church)” is available to stream here with the full ‘Forever, Now’ album available to pre-order here in advance of its February 17 release date via This Never Happened.

Sultan + Shepard will be hitting the road this winter in support of ‘Forever, Now.’ The 20+ date North American tour kicks off February 17 in Dallas and winds through cities including San Francisco, Chicago, Toronto, Denver, Montreal, Los Angeles, Miami, Houston, Seattle, New York City, Washington, DC, and Las Vegas, among others.