Piero Pirupa To Release “Playin’ Around” 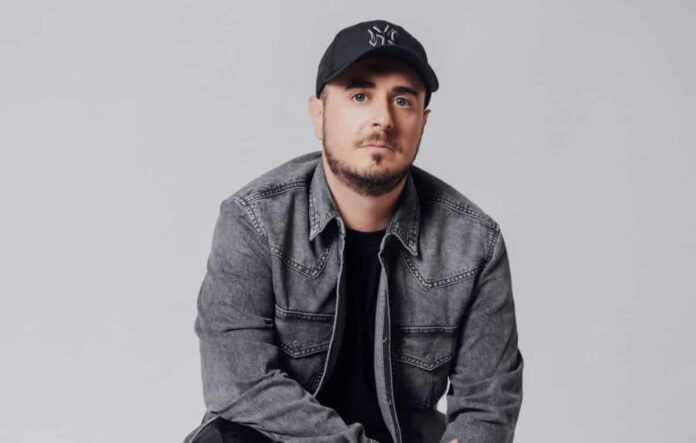 Piero is an artist that has found the perfect fusion between house and techno, balancing his sound in a zone that never fails to hit the spot. A producer that is renowned for calling on influences from across multiple genres, both in and out of popular dance music – creating a unique and formidable blend that has become his unmistakable calling card.

“In November of 2021, I had the idea of making a bootleg of Kim Wilde’s ‘Hangin On,’ — in that period I really liked Samuele Scelfo’s latest release on Hot Creations and therefore I contacted him to understand if he was interested in a collaboration and he was immediately available. Samuele took care of the beats part, while I worked on all the bass sounds, synths, leads, pads and vocals. It turned out to be a nice track; we are very happy that Lee Foss really liked it and we are thrilled to have signed it to Repopulate Mars.” -Piero Pirupa

The track features a lyrical sample from Kim Wilde’s “You Keep Me Hangin’ On”, and sports a one-minute buildup – transitioning into a tech house dance-floor heater for the ages.

Unsurprisingly, Piero is signed to some of the most famous and successful labels around –- including Spinnin, Relief, Intec Digital, Repopulate Mars, Saved, Catch & Release, Rebirth and Snatch! Records. He’s an in-demand remixer and has been called on by the likes of Claptone, Junior Jack, Sharam and even the god of acid jazz – the internationally celebrated and award-winning Jamiroquai.

Following the success of two number one hits in 18 months, Piero has no intentions of slowing down. His most recent release with Oliver Heldens, “We Don’t Need” via Spinnin’ Deep, has garnered over 11 million streams – and his social engagement metrics on Instagram, Tiktok and Youtube are upwards of six million.

Additionally, “We Don’t Need,” which features a sample from Pink Floyd’s “The Wall,” reached #1 in the Global Beatport Chart for a staggering eight weeks.

Piero and Scelfo aim to surpass these stats with “Playin’ Around,” and fans can pre-save the record here.

Both from smaller towns in Italy, this will be the first-ever official collaboration between Piero and Scelfo. Having released his After Mars Remix of Piero’s “We Don’t Need” in July of this year with Ben Kim, Scelfo is psyched to be a part of the “Playin’ Around” release.

In addition to the forthcoming single, Piero’s much anticipated tour will begin in New York City at Virgo Nightclub on the day of release and include stops in Dallas, Montréal, Chicago and Las Vegas, as well as projected South and Central America dates.

Italy is known worldwide for creating and exporting some of the finest things life has to offer and the talented musical maestro who goes by the name Piero Pirupa can definitely be included in that illustrious list.

He’s a DJ that has an unforgettable presence on stage and just as much charisma off it. A professional that has an incredible work ethic and always strives to offer his very best at all times – this is the formula that has been catapulting him through the ranks at breakneck speed. Piero has grown into a talent that is just as at home in front of thousands of expecting fans as he is simply in the studio tinkering with his next masterpiece.

He’s a natural, one that puts in the hard graft but instinctively creates and performs, which is why he’s so often found amongst the chart-topping tracks and within the lineups of sell-out events. He is currently boasting a Spotify monthly listener total of over 1.5 million, which is an astonishing achievement in today’s highly competitive and saturated industry. When it comes to hitting the road, Piero has covered almost every corner of it.

With the gloom of 2020/21 behind us, the excitement and gratitude for 2022 and beyond has fuelled Piero Pirupa’s ambition to a level he’s never been energized by before. Expect the unexpected.